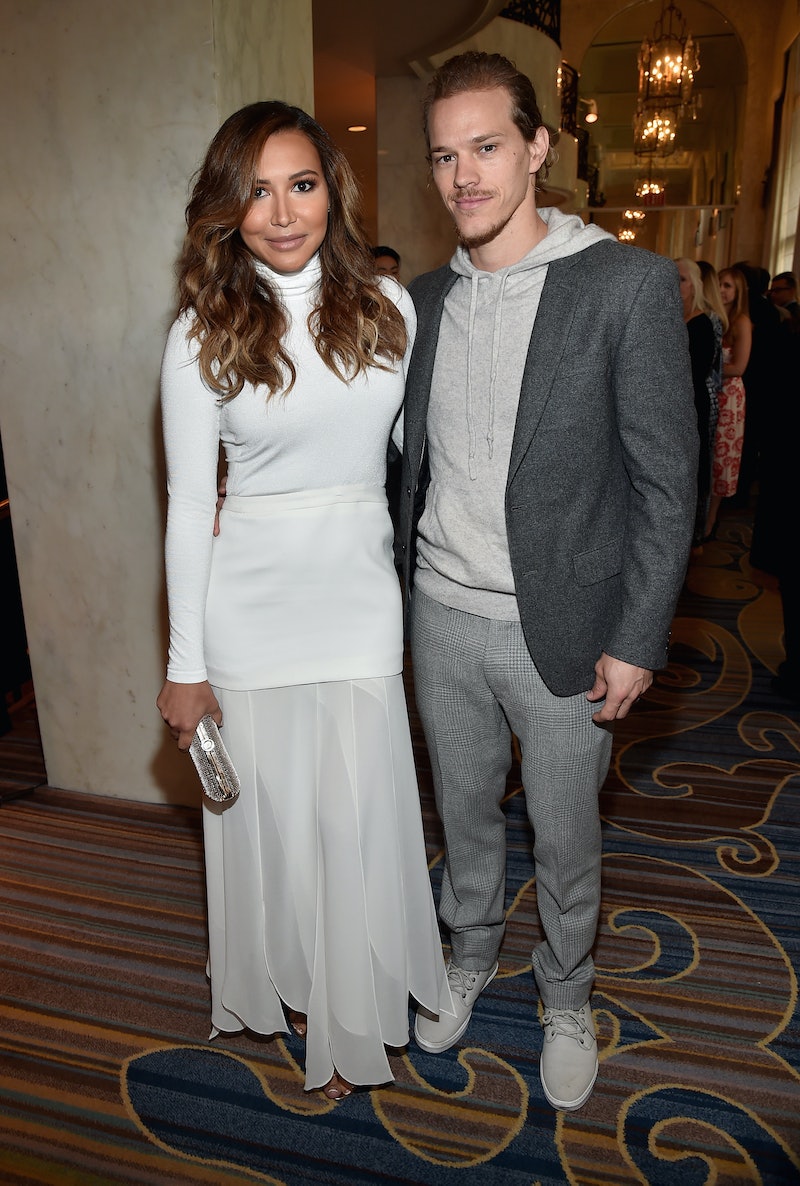 Well, another celebrity couple is entering splitsville. On Monday, Us Weekly reported Naya Rivera and Ryan Dorsey are getting divorced. The Los Angles County Court confirmed with Bustle that the former Glee star filed for divorce on Nov. 15. According to Us, the Los Angeles County Court also confirmed that Rivera is seeking primary physical custody of their 14-month-old son, Josey, but with visitation rights for Dorsey. Rivera's rep released the following joint statement to Bustle:

After much consideration, we have made the decision to end our marriage. Our priority is and always will be our beautiful son that we share together. We will continue to be great co-parenting partners for him. We ask for respect and privacy for our family during this difficult time.

In July 2014, Rivera and Dorsey secretly got married and in a statement released to People, the couple said at the time, "We feel truly blessed to be joined as husband and wife. Our special day was fated and everything we could have ever asked for." They wed in a private ceremony in Cabo San Lucas, Mexico, with a small group of family in attendance.

Rivera and the Pitch star have had quite the whirlwind of a romance. They got married a little over three months after Rivera and Big Sean called it quits. Actually, Us reported in July 2014 that Rivera and Dorsey said "I do" on the same day Rivera and Big Sean were supposed to originally marry. Their wedding date was made even more memorable because July 19 also happens to be Dorsey's birthday. Their lives didn't slow down after that, when they announced in February 2015 they were expecting their first child. Then, in September 2015, Rivera gave birth to the couples' first child, Josey.