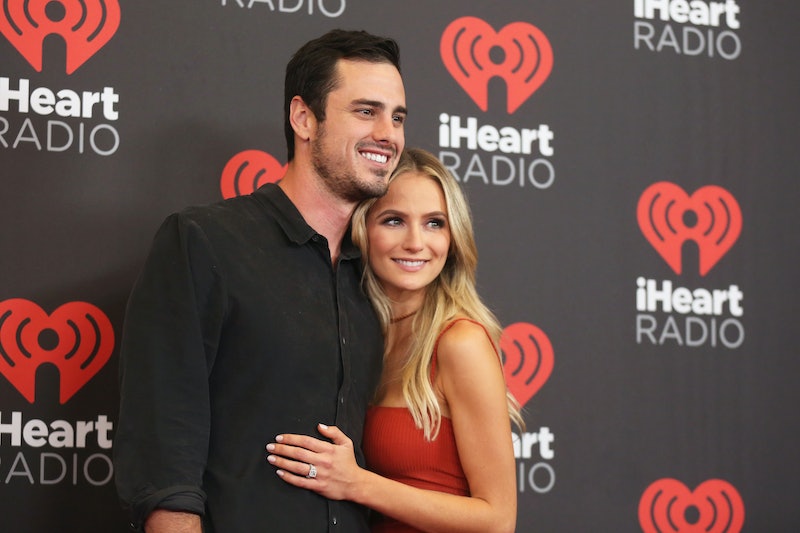 I have to admit that, when I first heard that Ben Higgins called off his wedding to Lauren Bushnell, I figured that was it for the couple. But the more I think about it now, the more I'm convinced that it's a good thing that Ben and Lauren called off their televised Bachelor wedding. This relationship has been going at top speed since the moment these two laid eyes on each other, and slowing it down can only be a good thing even if it's uncomfortable. Ben and Lauren don't have much in common with most traditional couples. After all, they got engaged after six weeks while one of them was dating other women up until literally the last moment. However, Ben and Lauren even diverge from most Bachelor Nation couples when it all comes down to it.

Sure, the timeline of their relationship holds standard to the other couples who have come out of the show, both successful and unsuccessful. But most other pairs don't jump straight into yet another reality show. Ben Higgins' season of The Bachelor had its finale air on Mar. 14, 2016, and Ben and Lauren: Happily Ever After premiered on Oct. 11, 2016. That leaves just seven months in between, during which Lauren quit her job in LA to move to Denver to be with Ben. And filming must've already been pretty nonstop in order for Freeform to have episodes ready to air in October.

What I'm saying is this couple has barely had a moment to themselves yet off-camera. Taking a moment to breathe and take stock is not only necessary, but actually overdue.

Ben and Lauren just celebrated their first anniversary on Nov. 19, and they're engaged and living together. That feels like enough to focus on without throwing wedding planning in there, too. Because let's not forget that Ben didn't call off the engagement. He just called off the wedding, which was going to be televised like every other aspect of his life since he became the Bachelor. It's no wonder he wanted to slow things down a little.

Most Bachelor Nation couples get to take a step back from the franchise and really get to know each other before they walk down the aisle. However, Ben and Lauren just kept pushing that step further and further back by staying in the spotlight, so I understand why they'd need to delay the wedding. That said, do I like the way that Ben called off the wedding? Absolutely not. Like the wedding itself, that decision should be about the two people in affects. One person shouldn't end the interaction feeling "blindsided," which is the word Lauren used after Ben dropped the bomb that he wanted to delay the ceremony.

It seems like Ben is still stuck in the headspace of creating drama for television, and valuing that over the comfort of his partner. But nobody wants to marry someone who isn't ready to marry them, and you know what would really help these two get on the same page about that? Taking a little time before the wedding before rushing into anything. Funny how that works.

The majority of this relationship has taken place at 100 miles per hour in a very unique situation, so there's no such thing as taking things "too slowly" as Ben and Lauren try to find equilibrium. This is a time to care for themselves and each other. Hopefully, this move will make sure that, by the time that wedding day dawns, they're not only a reality TV couple, but a real-life couple as committed to each other and their private relationship as they have been to their public one.