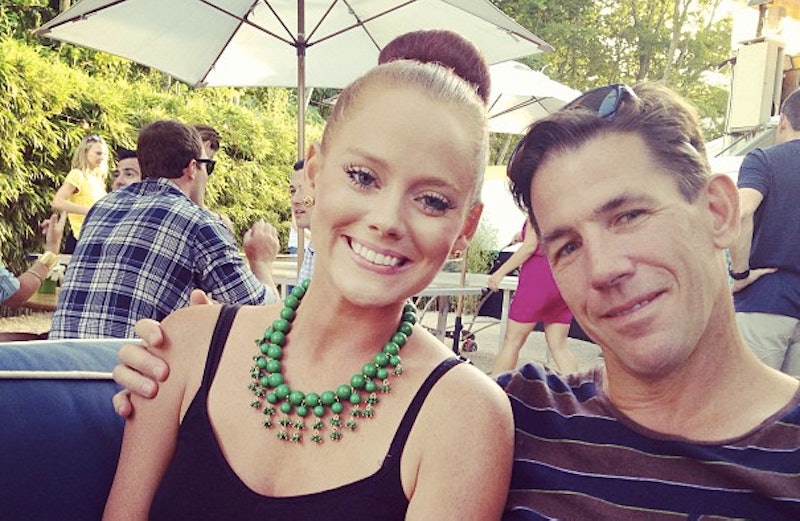 Monday night's episode of Southern Charm was stormy in more ways than one. The torrential downpour that aimed to dampen J.D.'s Carolina Day party (where, it seems, one dresses in white, eats blue cake, and gets shitfaced on bourbon all in an effort to celebrate some pre-Revolutionary War battle in Charleston) couldn't compare to the thunder and lightening that raged inside. It was dramatic, y'all. Even our buddy Cameron Eubanks looked nervous. It all started, of course, when Thomas Ravenel (who, by the way, just pled guilty to a DWI and has lost his license) got hammered and started arguing with Whitney Sudler-Smith about his alleged make-out session with Kathryn Dennis. Then, they "took things outside."

But not outside outside, because that would be too ungentlemanly. They went to the side of the building, as to not draw attention to themselves, and stood under a very manly umbrella as they exchanged "fuck yous" in their white tuxedo jackets. Basically, the fight started when Kathryn told her almost baby-daddy Thomas that she kissed Whitney in Whitney's bedroom, then denied it when confronted by both Whitney and Thomas. Whitney thinks Thomas is a liar, Thomas thinks Whitney is a liar, and Kathryn, well, Kathryn is becoming the star of the show.

After last week's pregnancy scare, this week's bizarre love triangle allegations, and next week's fight in which Craig accuses Kathryn of sleeping with three men in three weeks, she's quickly becoming a focal point. And as much as we'd prefer to focus on Whitney's mom Patricia (in real life, and on the show) we can't help but be drawn into this "fiery" redhead's domain. She's related to John C. Calhoun, after all. (Pretend that means something to you.)

While we're not sure if it's Kathryn's ability to blatantly switch her story at a moment's notice, her confident, carefree attitude about casual sex, or the fact that she wore a green dress to a white party (a dress, mind you, that Jenna claims "matches her abortion"), we are in her clutches.

And by clutches we mean her eyelashes. We are literally stuck in her eyelashes like a fly in a spiderweb and we can't wait to be eaten, if only to be noticed, then destroyed by Kathryn, Relative of Some Vice President.

Watch a clip for next week's Southern Charm: 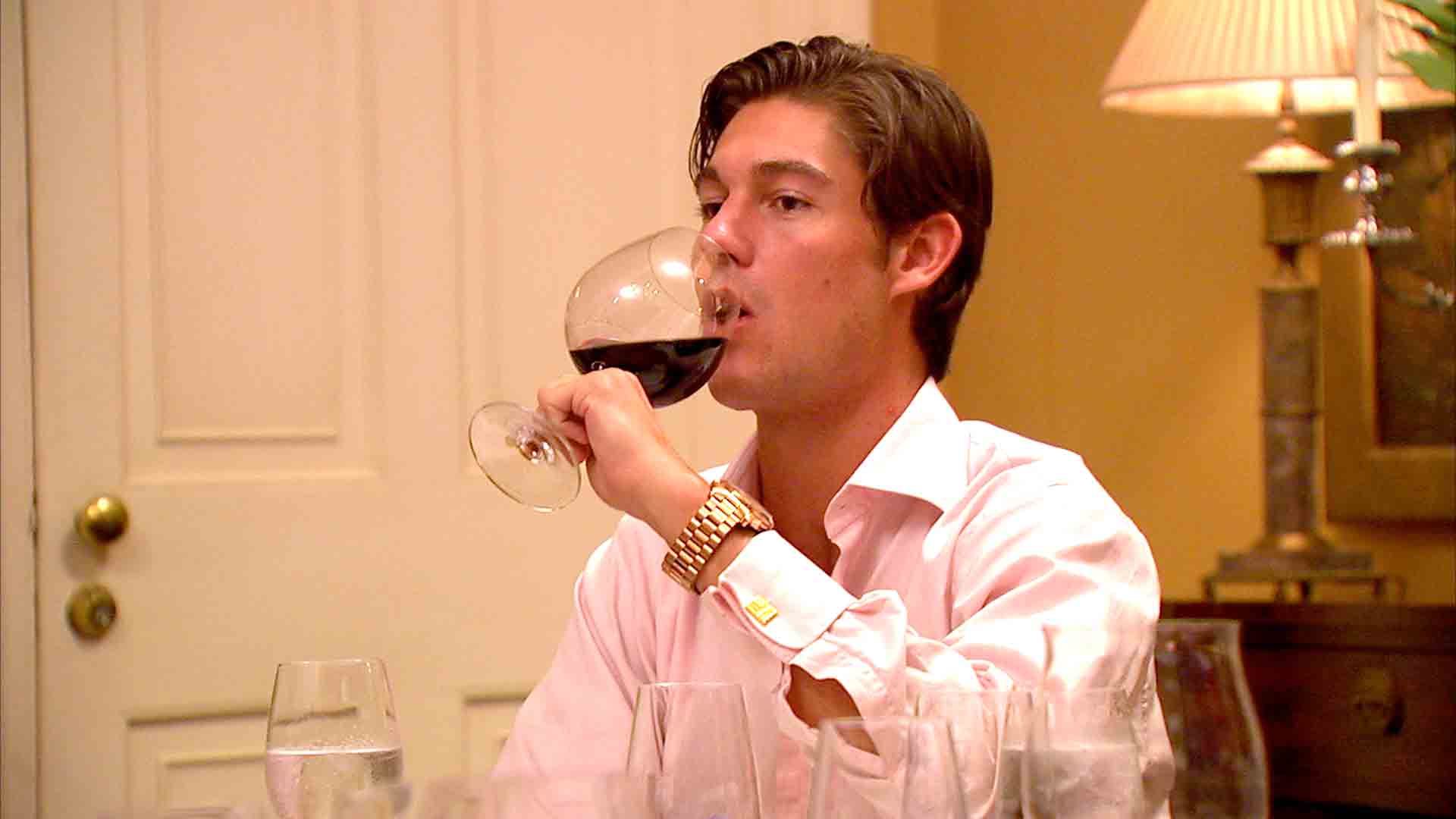