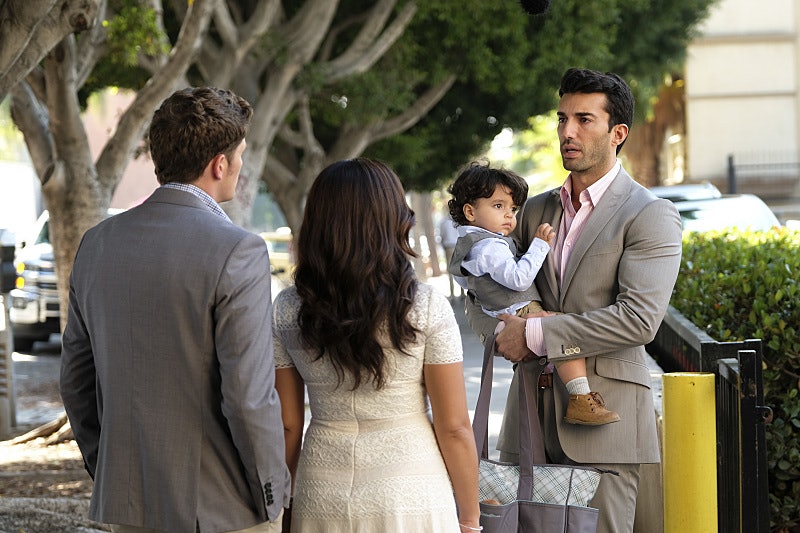 While Jane added suspense to her novel, Jane the Virgin channeled Alfred Hitchcock as Rafael uncovered a major secret about his past. After some old memories of his mother resurfaced, Rafael discovered that he's not actually a Solano. With help from Michael's detective work, Jane's desire to raise Mateo Catholic, and Mother Superior Constantine being honest, Rafael found out that his parentage on Jane the Virgin has been a lie.

Using the rules of building suspense, the narrator made viewers think that Sister Constantine was a bad guy. However, it turns out that Rafael's mom Elena had been bribing the Catholic nun for 32 years. As Sister Constantine explained to Rafael, she was involved in stealing art for Emilio Solano to make money to fund her convent's orphanage in Italy when she was younger. Elena discovered this and threatened to expose Constantine unless she did something for her. Then Constantine handed over an envelope to Rafael which contained the truth about what his mother had asked.

When Jane went to check on Rafael, he explained that his birth certificate was in the envelope and it shows that not only was he born in Italy, but that he's not a Solano. Elena had bribed the nuns in Italy to bring Rafael to America, which was why she had been paying Constantine $10,000 a month out of a secret bank account since 1984. Not only did the clue left in Elena's Bible provide Michael with this bank account number (his bros Rogelio and Rafael helped with that), it also had literal meaning since the message was, "Angels guard the son." Whether Rafael had been raised in a convent orphanage for his younger years or if the nuns had just made sure he had safe passage to America as a child, Rafael had been guarded by angels in art form (through church statues and paintings) or some angelic nuns one way or the other.

What this means for Rafael going forward is unknown. The Marbella is his father's property and he just found out Emilio Solano was not his biological dad. Could he lose the Marbella? This seems like a constant threat that Jane the Virgin plays with, but perhaps this time Rafael really could lose ownership of the hotel.

This also means his family tree has changed since he's not actually related to Luisa by blood since they were half-siblings through their father. And if the assumption that Elena had adopted Rafael from the nuns after losing a child is correct, then he was never related to Elena or his brother Derek either. I can't imagine Rafael won't want to find his biological parents and that will affect his three children, Jane, and Petra.

Although Rafael opened up to Jane about his ancestry, no one else seems to know the truth. If Jane can keep this secret from Michael, maybe it will give Rafael some time to figure out what he should do next. And if he does go searching for his parents, maybe — just maybe — he can catch a break and they won't be involved in illegal shenanigans like Emilio and Elena constantly were.