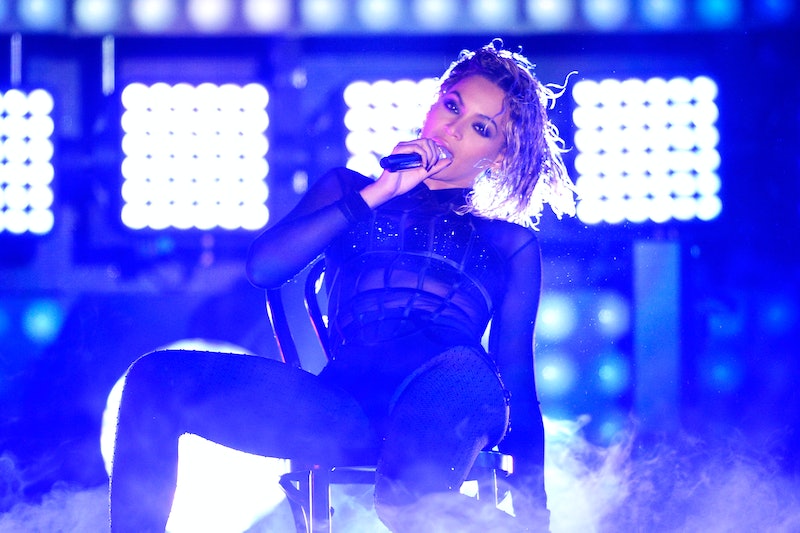 "I woke up like this" is the motto women have been pulling from Beyoncé's song "Flawless" and the phrase applies to the singer herself more and more as time goes on. Although I'd prefer to believe Beyoncé sprang full-formed into existence at the hands of some diva deity who decided the world was finally ready for a performer of her grace and caliber, Beyoncé has never forgotten for a second where she's from and how far she's come on her journey. That's why she broke down in tears during the last show of her Mrs. Carter Show World Tour, that's why she sang Happy Birthday to one of her fans during one of the tour dates, and that's why she released an alternate version of her "Grown Woman" music video today.

The video opens with the same home video clip of Beyoncé as a child that the original version did, but the video that follows is a more youthful and colorful version of the original. It features less home videos of Beyoncé and more of the titular grown woman showing off her moves. The entire video has more of a scrapbook feel, surrounding Beyoncé's body with colors and paper cut out shapes. The original version, by contrast, gives the definite feel of being made at home while the new version looks more professional and features, if possible, a lot more dancing.

It's like a more colorful version of her "Single Ladies" music video or a more simplistic version of her "Run the World (Girls)" music video. Of course, comparing it to any of her past work doesn't do it proper justice as Beyoncé has done something completely new than anything she's ever done before simply by making a visual album to begin with. Watch both versions below.