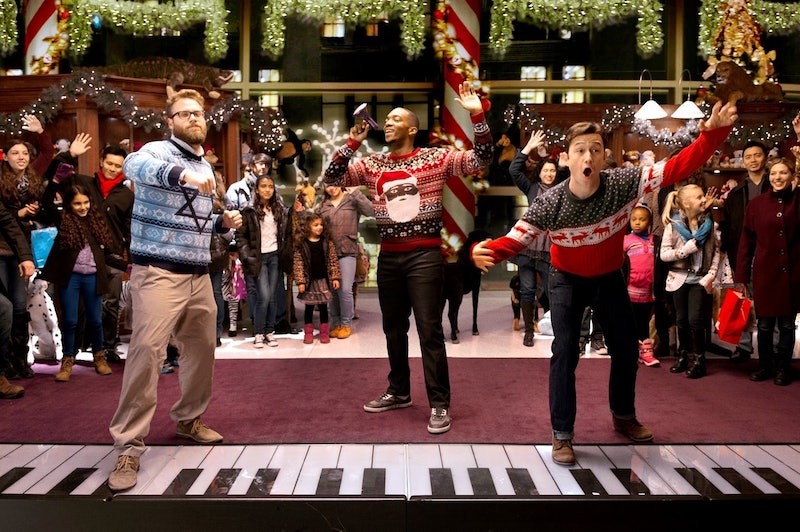 The third film in the Harold & Kumar series, A Very Harold & Kumar 3D Christmas is really good fun, and probably the only mainstream Christmas movie starring two Asian actors you will ever see.

Joseph Gordon-Levitt, Seth Rogen, and Anthony Mackie play BFFs on a wild Christmas Eve adventure. And with small roles from Mindy Kaling, Ilana Glazer, and Tracy Morgan, The Night Before was probably one of the most diverse movies to come out of a Hollywood studio in 2015.

Strangers, including Penélope Cruz, Paul Walker, and Susan Sarandon come together on Christmas in Noel, a deceptively diverse Christmas movie released in 2004.

This ABC Family Original Movie has everything: interracial romance, abduction, and Christmas.

Eddie Murphy and Dan Aykroyd switch places in this 1983 Christmas comedy. It's not the perfect film on diversity, but, hey, it's Christmas, so we can forgive some faults, right?

OK, Bad Santa isn't that diverse, but it has Bernie Mac and Tony Cox in two pretty prominent supporting roles, and that doesn't happen every day in Hollywood.

There aren't too many diverse Christmas movies, unfortunately, which isn't surprising given Hollywood's diversity track record. Hopefully, more will come soon, and in the meantime, at least we have these.