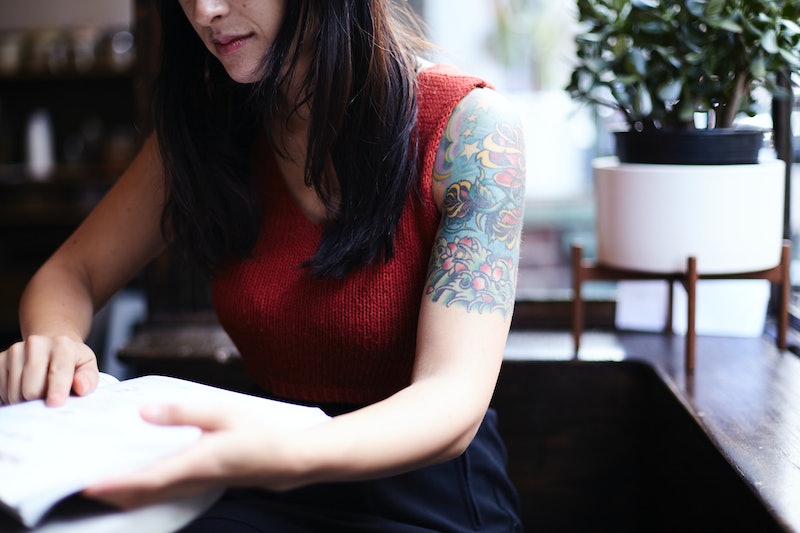 Folks looking to get tatted in the new year may need a spot of inkspiration to get their creative cogs whirring. The biggest tattoo trend to look out for in 2017 will likely provide body art fans with an exciting jumping off point, to dive into the new year with a new look.

There have been a plethora of tattoo trends this year. Inked Magazine predicted the tattoo trends of 2016 and of course, got them spot on, ranging from minimalistic tattoos, to double exposure ink, geometric tattoos, and more. There was even the blackout tattoo trend that may not have been great for the wearer's health. But, with 2017 on the horizon, you'll want to be looking past the trends of the year gone by and looking for new styles and fresh ideas.

I spoke with Ryan Henry, owner of 9Mag Tattoo Studio and star of VH1's Black Ink Crew Chicago, to discover what the most popular tattoo trend of next year will be. According to Henry, "A big trend in 2017 will be freehand artistry and morphing tattoos," he tells me over email, "which is two or more designs visually seen as one tattoo." This is a super interesting prospect, because it means that you can fuse together multiple ideas into one piece of body art. You might want to include your hobbies, passions, or a couple of beautiful illustrations you can't choose between. The possibilities are seemingly endless with this trend.

However, it's worth bearing in mind that trends do not last forever. TJ Cantwell, owner of Studio 28 Tattoos, tells me over email, "Trends typically involve repeating the same thing someone saw on Pinterest or somewhere else on the internet."

"I personally think that no one should ever base something that will permanently change their body on what the new trend is. Trends come and go but a tattoo is for the rest of your life," says Cantwell. "They should be based on something you want to get done, not what the most recent celebrity got." Laser removal is an option, but it's probably not worth the time, money, and hassle it takes to get your tattoo removed once it becomes unfashionable. Thus, it may be wise to stray away from tattoo trends altogether, especially ones that celebrities follow that are adopted by the masses shortly after.

That being said, freehand artistry and morphing tattoos is a trend open to tons of interpretation. It's not as specific as say, finger tattoos or decorative sternum tattoos. Instead, the wearer can dream up their unique creation, that can be an amalgamation of their favorite designs (which could even be completely original) plus, they can ask their artist to draw their tatt freehand.

If you're stuck for ideas and you're hellbent on getting a tattoo in 2017, next year's freehand and morphing trend will provide enough inkspo, without leaving you with a cookie cutter tattoo that a million other people have. Seems like a pretty good year to get illustrated.