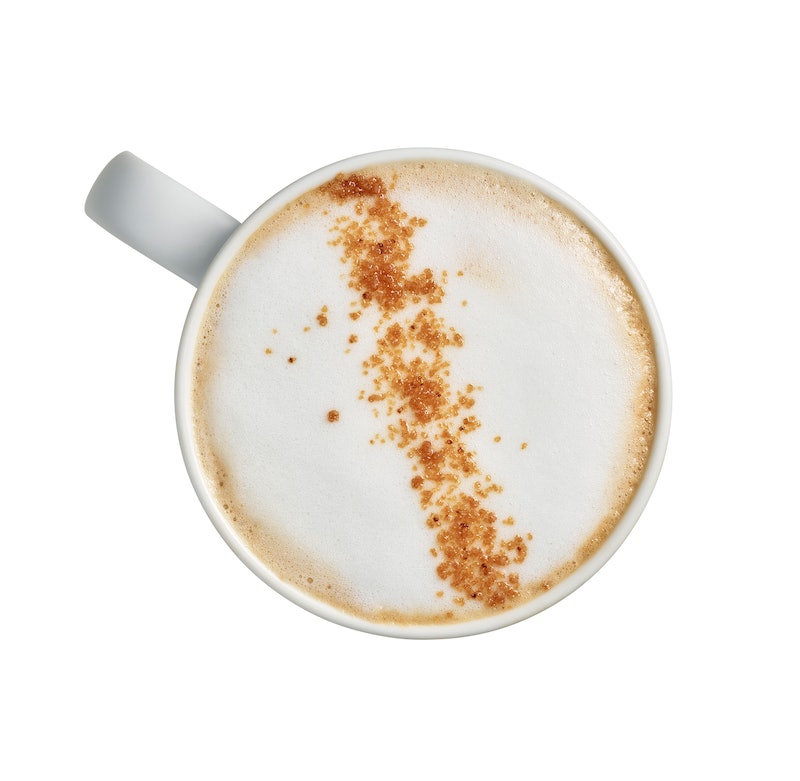 Always on the edge of innovation, Starbucks is set to release yet another new creation in January: The Cascara Latte, inspired by the menu of the Roastery and Tasting Room in Seattle, Wash. will make its debut in early 2017 for a limited time only. But what is cascara, exactly? What gives the Starbucks Cascara Latte its name? Meaning "husk" or "shell" in Spanish, cascara the fruity outer skin of the coffee cherry, which surrounds the coffee bean. Coffee lovers will be surprised to find that cascara doesn't even taste like coffee!

Update: The Starbucks Cascara Latte will become available to Starbucks Rewards members on Jan. 6. A nationwide release will follow on Jan. 10.

Earlier: Cascara first started turning heads about a year ago, popping up in cafes all over and intriguing both coffee and tea drinkers alike. In fact, while it is indeed coffee, cascara can pass as an herbal tea and is widely referred to as "coffee cherry tea." Interestingly, its discovery was actually a pleasant accident: According to NPR, coffee grower Aida Batlle was sampling coffee flavors one day when she smelled something intoxicating. That something was the husks from freshly milled coffee. After a little experimenting, she developed what she eventually named cascara, using the skins of the coffees. The look and taste were very unique — she was on to something, and interest in it soon spread.

What does it taste like? Well... not coffee. People who drink cascara typically note the sweet, fruity taste, with some pointing out specific tastes of rose hip, hibiscus, cherry, red current, mango, and even tobacco. With a flavor profile like that, it's easy to see why the drink is often referred to as tea.

With how recently cascara hit the scene, coffee and tea experts are still finding the best ways to brew it. What makes this even more fascinating is that it's introduced a new way to use the coffee plants. Typically, coffee cherries are discarded as waste or used as compost. Now, they're being consumed. Delicious and eco-friendly!

It comes as no surprise that Starbucks is hopping on the cascara bandwagon. In the Cascara Latte, the muted sweetness of dark brown sugar and maple combines with the flavor of classic Starbucks espresso, making for one latte you'll want to get your hands on. It's certainly a creative new beverage, so although we don't have many details right now — those will come closer to the drink's official release — I'm willing to bet it's going to be a hit. For now, mark your calendars for January and get ready to grab one of these once you can.