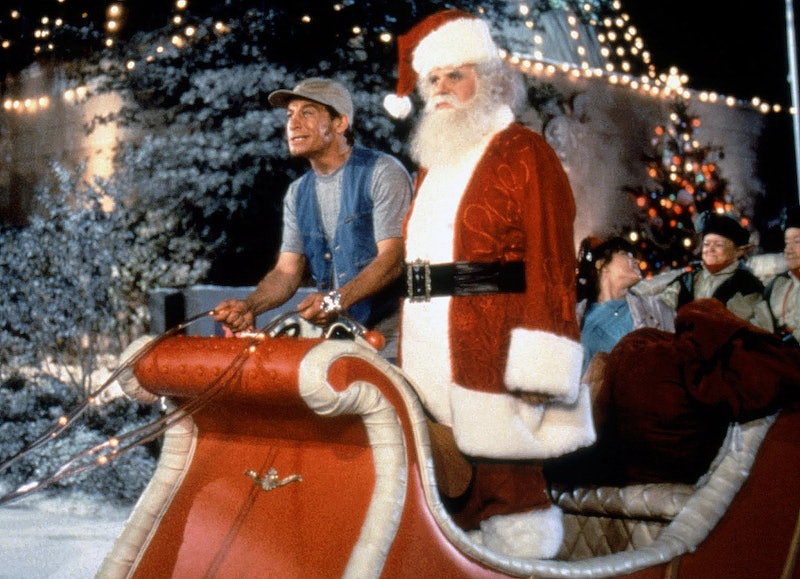 During the holiday season, most people tend to watch the same movies every year. Whether it be It's a Wonderful Life or Elf or National Lampoon's Christmas Vacation, family traditions often play a big part in peoples' holiday viewing habits. While I myself am guilty of this, I also think its important to broaden one's horizons when it comes to holiday movie viewing habits, and I always make it a point to watch one or two new films every year. And with the prevalence of streaming services today, it's become easier than ever to do so, like with all the hidden holiday movie gems on Netflix.

Granted, Netflix does have its fair share of classics this year. Love Actually is a must-watch for many in December; as is the 1996 remake of Miracle on 34th Street and the perfectly '80s Bill Murray comedy Scrooged. All of these movies are available for streaming on the service, and all would make a fine choice for holiday viewing, but I'm more interested in the films that fly under the radar. Many of the movies listed here you may have missed for one reason or another, but any one of them could prove to be a worthy addition to your holiday movie lineup.

Who doesn't want some Anna Kendrick for some holidays?

This package film contains some classic Disney shorts, as well as the excellent Mickey's Christmas Carol.

4. Journey to the Christmas Star

This Norwegian fairy tale will have you believing in magic.

A run-of-the-mill Christmas movie this is not.

Some Avengers and Guardians of the Galaxy team up to save Santa Claus from Loki. Yes, really.

A documentary on those mysterious people who sell Christmas trees on New York City sidewalks.

RIP Paul Walker and Robin Williams, both of whom show up in this star-studded film.

9. The Lion, The Witch, And The Wardrobe

Father Christmas appears in this fantasy adventure, so I'd say that makes it a Christmas movie in disguise.

Another doc, this one about people who celebrate Christmas year 'round (they've probably seen every film on this list, too).

This movie is obviously famous, but you may have avoided it due to it being "old and outdated." That's a mistake. It's easily the best Christmas movie on Netflix.

With all of these hidden holiday gems on Netflix, you definitely won't be lacking something new to watch this Christmas season!

More like this
Jennifer Lopez Found The Perfect Ben Affleck Throwback Video For Mother’s Day
By Stephanie Topacio Long
81 Epic Truth Or Drink Questions To Play 'Say It Or Shot It' With
By Bustle UK
Watch The Dramatic First Trailer For Netflix's Jennifer Lopez Documentary
By Alyssa Lapid
What’s New On Netflix: A Victoria Justice Rom-Com & The Return Of David Letterman
By Arya Roshanian
Get Even More From Bustle — Sign Up For The Newsletter