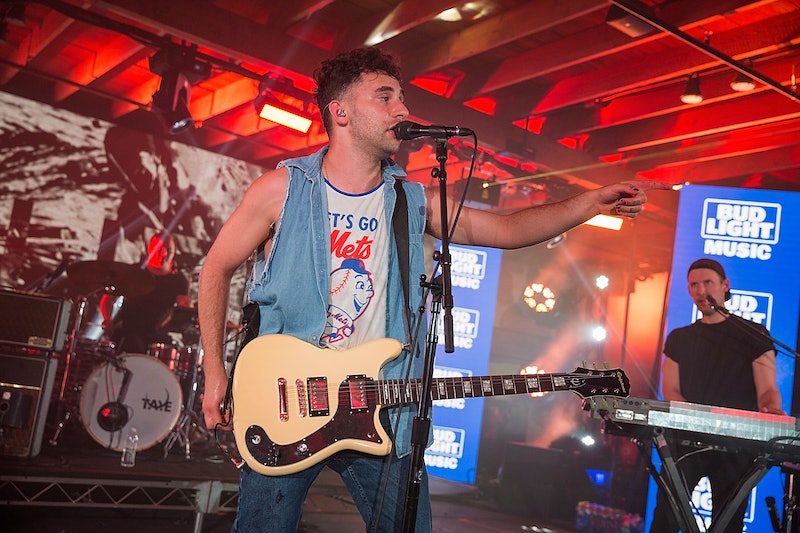 If you're big into the life and times of Taylor Swift, you'll probably already be aware that Swift dropped a surprise duet with Zayn Malik on Thursday. No, really. It's a track for upcoming movie Fifty Shades Darker, and it's all sorts of sensual, with the pair taking one verse each and with Zayn busting out that falsetto for us. If you're already intrigued — by the surprise drop, by the unexpected pairing — you might be wondering about the behind the scenes details of how the song came together. Luckily, Jack Antonoff shared details about Swift and Zayn's track, so we could an insider's perspective into how the song was put together.

And, before you ask who Jack Antonoff is, I've got you: he's the lead guitarist for the indie band fun., but you might also know him as the lead singer and songwriter for the band Bleachers. While you shouldn't define somebody by who they're dating, it's probably pertinent to note that he's Lena Dunham's long-term boyfriend and the former high school sweetheart of one Scarlett Johansson. But, yeah, most pertinently to this story, Antonoff was hired to produce the track, and he had nothing but good things to say about his experience:

In terms of the bigger picture, this song was a high stakes venture, taking two of pop's most prominent artists and combining them for a movie franchise that boasts similar levels of fame to the artists singing for it. However, Antonoff makes the experience of producing the song seem entirely effortless, despite the obvious difficulties in trying to create a song when the two people singing on it aren't in the same post code. (While Antonoff doesn't specify where he lives, and thus where Swift recorded, the fact he mentioned Zayn doing his side of the song in L.A. suggests that Zayn isn't just up the street). Heck, he didn't even produce using some high-tech studio, but just did it out of the comfort of his own home.

Usually, the most effortless sounding productions reflect a very different reality: multiple recordings, edits, and changes. But the above suggests that what it sounds like was really how it was — a group of extremely talented musicians concentrating their collective mojo on one important track.