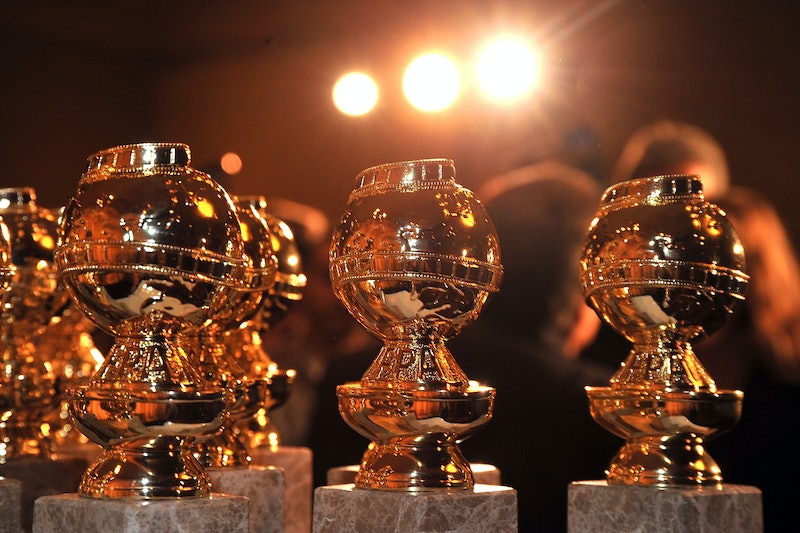 If you are daydreaming about sitting at one of those round tables at the Golden Globes, sipping bubbly and chatting up Ryan Reynolds during the commercial breaks, I am sorry to be the dasher of your dreams. Buying tickets to the Golden Globes is simply not possible. The show is by invitation only, so unless you starred in a film or TV series destined to be nominated on Dec. 12, then it is unlikely you'd be able to attend the actual ceremony.

The Golden Globes are meant to feel like a party, and guests are allowed to mingle at will, making it one of the only award ceremonies not to employ seat fillers. No extra warm bodies are needed to make the event fill full. The Hollywood Foreign Press Association decided a long time ago part of the show's charm is how casual it is for the attendees. If a seat is empty when the show comes back from a commercial break, so be it, its owner is probably table-hopping or visiting the bar.

Just because you have no chance of sitting in one of the coveted seats inside the Beverly Hilton where the big event is held, that does not mean you have no hope of seeing stars on Sunday, Jan. 8. If you are not content sitting at home and watching the show in your pajamas, you can book a package at the Beverly Hilton for the weekend. Packages often include a ticket to gain access to some of the after parties, and possibly even the bleacher seats along the red carpet. Getting a ticket to the after parties is not cheap or easy. Your best bet is to consult a reputable ticket provider like VIP Concierge. According to E! News, weekend packages can cost at least $2,599, and are extremely limited. In other words, if you have an expensive favor to cash in, now is the time collect.

Being shut out of one of the biggest parties of the year is no fun, but remember you are in good company. If you want to go to the Golden Globes, just imagine how many Hollywood types would love to gain entrance to the ceremony. Not even being famous guarantees you a seat inside the Beverly Hilton on the big night. If your name is on the guest list, you are either a coveted A-Lister, a nominee, or someone's guest. For most people, attending the Globes will have to remain a dream, but you can still throw your own (viewing) party of the year with your friends complete with snacks and a running commentary on which celebs have been sipping the most champagne.

The 74th Golden Globes will air Sunday, January 8 on NBC.