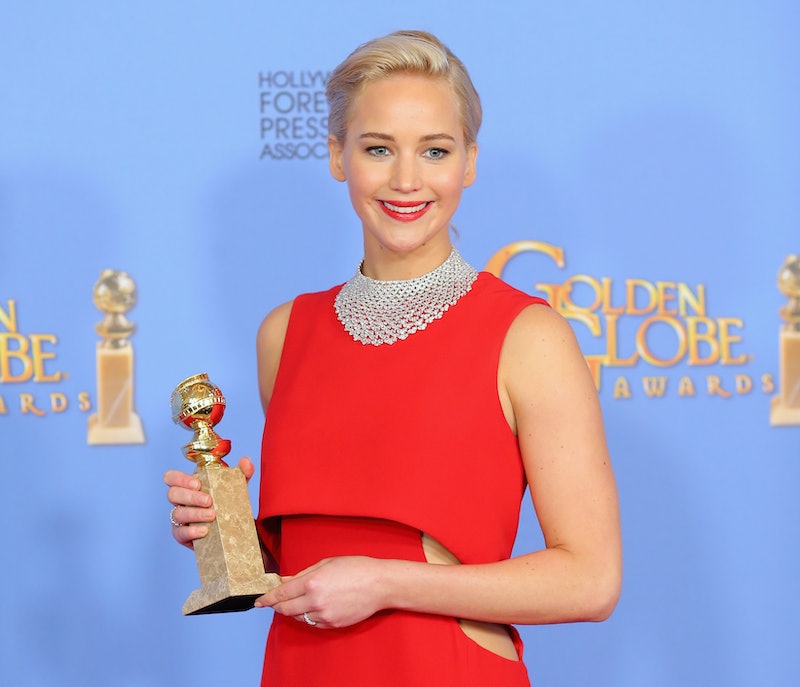 "And the Golden Globe goes to..." really doesn't have the same ring to it as "And the Oscar goes to..." After all, the Academy Awards are the longest-lasting award show, and winning the tall golden statue is one of the grandest accomplishments a member of the film community can achieve. But that doesn't mean that the Golden Globes aren't important, too. While the show might seem trivial as compared to the Oscars, the Globes are actually known as a bit of a fortune teller for that other ceremony, and even if they weren't, the Oscars simply wouldn't be as exciting with the Globes as a precursor.

Still, people tend to view the Globes as less important. For one thing, the show is not as old as the Oscars. The Academy Awards had been going on for 15 years before the Hollywood Foreign Press Association began their first Globes show, establishing the Oscars as the "main" awards show of the season. In addition, because the Globes have more categories than the Oscars, movies and performers have a higher chance of making the cut, meaning that the show is viewed as "easier" than the Oscars. Studios can, for instance, submit a movie that's truly a dramedy as a drama for the Golden Globes if the competition is too stiff in the comedy category for it to have a good shot of winning.

But in actuality, the Golden Globes do have some merit — particularly when it comes to predicting future Oscar winners. According to a 2003 article from ABC, there's about an 80 percent chance of a later Oscar win when a film wins a Globe, and in the past 20 years, the Globes have predicted the Oscars' Best Picture 10 times, from 2013's Twelve Years a Slave to The Artist to The English Patient.

Meanwhile, a 2012 article from The Hollywood Reporter discussed the track record of the Globes as the show that most accurately forecasts the Academy Awards. In the article, it's discovered that in all the major Oscar categories for the past 20 years (1982-2012), the Globes have been right 91 times out of a possible 140. That's pretty impressive.

But while winning a Globe certainly might benefit a person or film's chance at earning an Oscar nod down the line, it's a mixed bag when it comes to finances. Cheat Sheet reports that on average, actors who win Oscars can grab an 81 percent salary boost afterwards, while the benefit for a Golden Globe winner is substantially less. However, Reuters shares that a Golden Globe win may boost movie sales much more than an Oscar win, with an estimated additional $14.2 million per film after winning a Globe. So while maybe the Globes don't guarantee an actor a higher salary, they can help box office sales in a way the Academy Awards might not.

And winning any awards (well, maybe not Razzies) is good for a film or actor. The more honors a person or work has in the bag, the more respect they earn, and the more audiences tend to want to see them. So winning a Globe is certainly never a bad thing, an besides, I think we can all agree the Golden Globes are way more fun than the Oscars. There are glamorous people sitting at tables together drinking cocktails while a host mocks them all, versus the stiffer environment of the Academy Awards. The Globes have a goofy fun vibe unlike the serious one of the Oscars, and that makes it a true pleasure to watch. Just don't base your Oscar ballot solely on the results of the Globes — 80 percent isn't enough to secure a definite victory at your Oscars viewing party.