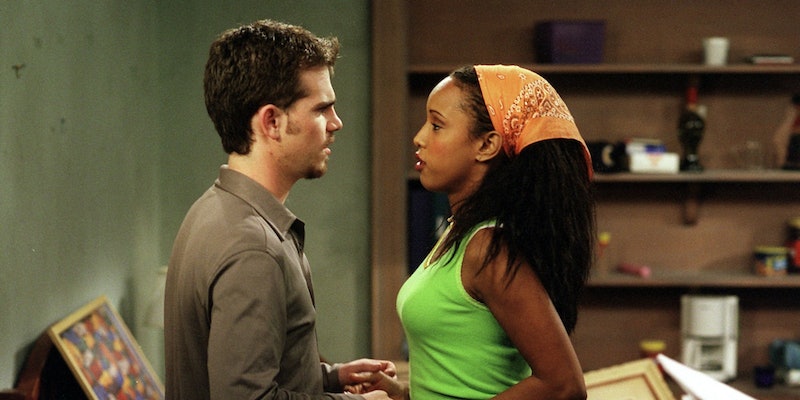 The '90s were a decade known for many things: the music, the fashion, the fads and, my personal favorite, the crushes. Everyone in the '90s harbored perpetual hots for someone based on the things '90s kids looked for in a crush. Yes, these crush qualifiers were practically universal — what can we say? We were very trendy. And happily for us, there was no shortage of swoon-worthy Bettys and Baldwins (in the immortal words of Cher Horowitz) who met the criteria for crushin' on.

I had many, many, many crushes in the '90s. While I like to think I gave everyone a chance and always kept my mind open to new kinds of crushes, looking back I realize I too fell into the trap of the classic crush hallmarks. It was as though my heart (read: hormones) were simply going down a list, scratching through the crush check list one by one. The important thing, of course, is that I kept a level head about me and never fell for the wrong person based on something as silly as how swoopy their hair was. Oh, wait, that's right — I totally did do that. Welp, we'll chalk it up to a learning experience.

Now that I have the added benefit of time to look back and reflect on my choices, I can say in all certainty that some of the following things '90s kids looked for in a crush were not sound reasons to pursue someone.

1. Someone with a Stellar AIM Profile

The info someone chose to display on their AIM or MSN Messenger profile said a lot about them as a person. You needed to know yours would sync with theirs well should you "couple up."

2. Someone with Amazing (aka "Big") Hair

We had tons of iconic hair crushes in the '90s, for better or worse: Danielle Fishel, Leonardo DiCaprio, Justin Timberlake, Luke Perry, James Van Der Beek, Tiffani-Amber Thiessen . . . the list goes on and on.

3. Someone Who Would Dedicate a Song to You

If someone was willing to dedicate a song to you on the radio, you knew they were a keeper. Bonus points if they were willing to go the extra mile and sit by the radio all day long to record your favorite songs for a mix tape.

4. Someone Who Could Rollerblade

Rollerblading was very in back in the '90s. All the cutest girls and guys seemed to be seamless 'bladers, and all the rest of us wanted to date them.

5. Someone with a Pager

Hey, I didn't say it was cool now. But back then, having a pager (or beeper, if you prefer) was an unequivocal sign of hottie status. Plus, it meant that — if you had one too — you could page each other 1-4-3 all day long. Awwwww.

6. Someone with a Nintendo

Was anything more romantic in the '90s than sitting next to your crush for hours on end playing Mario Kart? Turtle shells and banana peels FTW.

7. Someone with a Separate Phone Line

If your crush had his or her own phone number that didn't ring on their parents line — and therefore sparing you the countless awkward phone encounters with their mom when you called — they were clearly somebody.

8. Someone with Frosted Tips or Chunky Highlights

Remember with FPJ had frosted tips? Swoon. Between frosted tips for guys and chunky highlights for girls, hair lightening was a hit with our adolescent hormones.

9. Someone with a Solid Music Collection

Depending on your age, you either came of age during the audio cassette era or during the emergence of CDs. Either way, you knew that any crush worth their salt would have a healthy collection of the most popular tunes to make out, er, listen to.

10. Someone Who Respected Your Reverence for Sassy Magazine