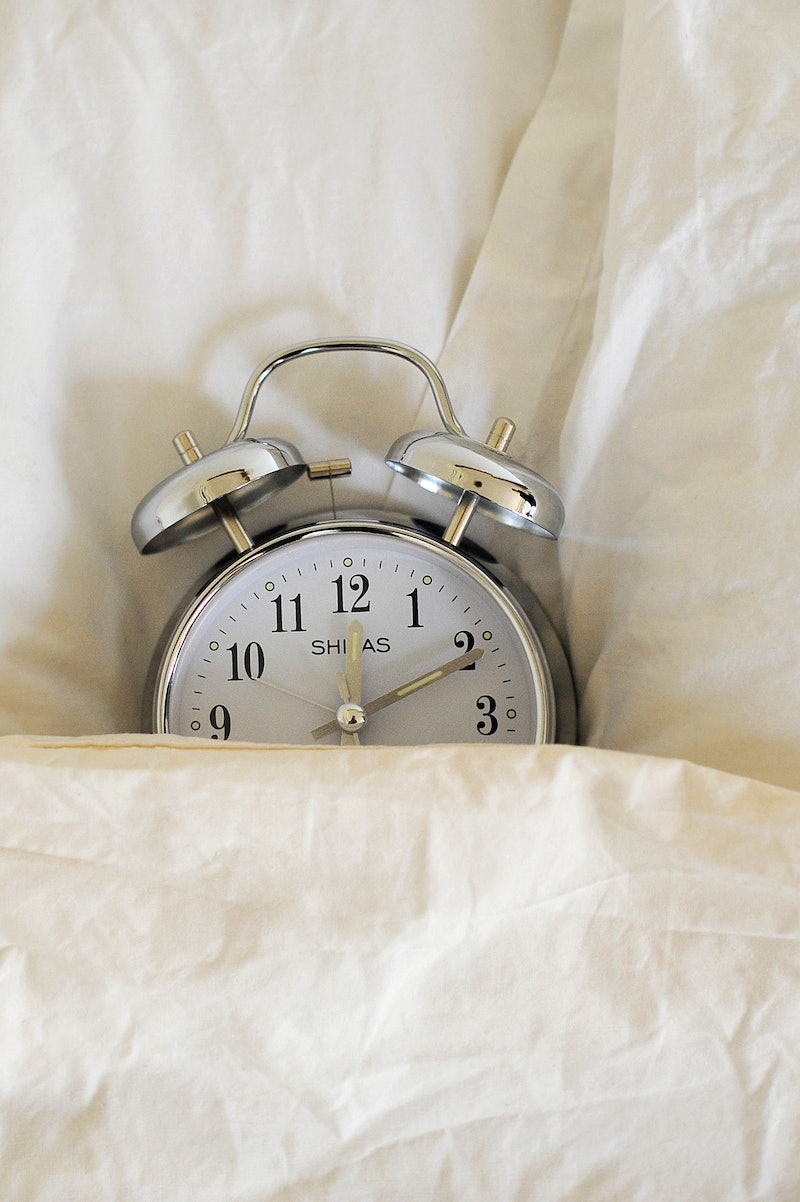 I’ve got good news and bad news for you, night owls: The good news is that you tend to have more sex than early birds; the bad news is that you tend to have fewer long-term relationships. Or maybe that’s even better news for you, depending on your point of view when it comes to dating. Either way, though, thanks to a new study from the University of Chicago, there’s scientific evidence to back all of this up.

The study, which was authored by Comparative Human Development professor Dario Maestripieri (is anyone else imagining this guy conducting this particular study? No? Just me? Okay then…), took a look at the connection between sleep patterns and important character traits and behavior. Maestripieri found that folks who tend to stay up late at night and rise late in the morning, both male and female, tend towards being single or in short-term romantic relationships; additionally, male night owls report having twice as many sexual partners than their early bird counterparts.

Maesripieri’s study was inspired by an earlier study from the University of Chicago Booth School of Business that assessed financial risk aversion among men and women. In that one, researchers found then that men are more willing to take financial risks than women. Maestripieri wanted to figure out why that was, and whether or not sleep patterns had any influence on those tendencies.

So he got to work. The new study’s sample group consisted of 110 men and 91 women, all of whom first provided saliva samples for the purposes of testing their levels of cortisol and testosterone. They then took a computerized test measuring how risky they were willing to get when it came to finances, as well as gave self-assessments of their own willingness to take risks. They also provided information about their sleep patterns. The results? Men tended to have higher cortisol and testosterone levels than women over all—but also that night owl women shared similar cortisol levels with both night owl and early bird men. As such, it’s possible that high cortisol levels are one of the biological necessities of high risk-taking behavior. Maybe this explains Ron Burgundy?

Anyway, here's all this relates to sex, relationships, and dating: According to Maestripieri, it might have something to do with evolutionary strategies for finding mates. “From an evolutionary perspective,” he said, “it has been suggested that the night owl trait may have evolved to facilitate short-term mating — that is, sexual interactions that occur outside of committed, monogamous relationships.” He continued, “It is possible that, earlier in our evolutionary history, being active in the evening hours increased the opportunities to engage in social and mating activities, when adults were less burdened by work or child-rearing.”

Brings a new meaning to the phrase “be fruitful and multiply,” doesn’t it? Maybe it’s a sign that we should all go out have amazing one-night stands tonight!

More like this
What’s An Open Relationship, Actually?
By Lexi Inks
I Want More Sex But My Partner Has ED. What Do I Do?
By Sophia Benoit
15 Types Of Relationships & How To Define Yours, According To Experts
By Madeline Howard
When Your Partner Has ADHD (And You Don’t)
By Camille Beredjick
Get Even More From Bustle — Sign Up For The Newsletter