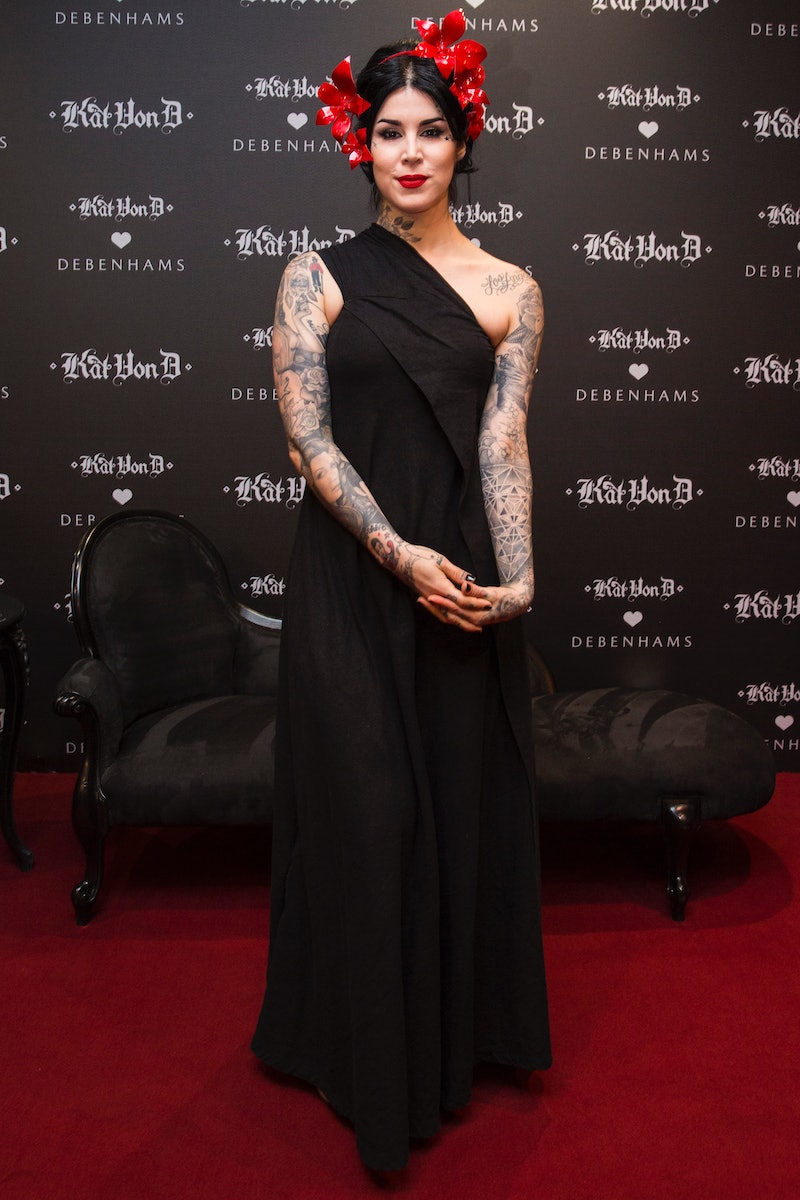 Can't stop, won't stop! Kat Von D continues to develop her ever-popular beauty brand, with things like her transformative Alchemist Palette. She even teased a Kat Von D Pastel Goth palette on Insta last week. But Kat Von D, who is known for her gothy, rock 'n' roll, usually all-black sense of style, and her badass footwear, is expanding her empire and taking on other pursuits in the fashion world. Is Kat Von D designing a vegan shoe line?

Yes, she is, according to a post on her personal Instagram. The celeb tattoo artist shared a smoky-eyed selfie while holding her cat, noting in the caption that she was working on the final sketches for her vegan shoe line.

Of course a KVD shoe line would be animal-friendly and cruelty-free, since she is fully committed to that cause and has even been reformulating all Kat Von D Beauty products to be totally vegan.

She didn't reveal any further details about her vegan shoe line, like when it's out, where it will be sold, and what types of footwear it will feature. But I am certainly perked up and excited about seeing any kicks, boots, or platforms she designs. Since she is known for walking around in sexy, killer heels, I am expecting her to create sexy, killer heels that Kat Von D-evotees will want to wear.

There's Kat, her cat, and her news about her vegan shoe line. Bustle reached out to Kat Von D's team for further information about the shoe range.

Perhaps KVD is working with this vegan brand? She teased having something up her sleeve a few weeks ago on Insta. It's as though her vegan shoe collab was hiding in plain sight. Or "site."

See what I mean about killer heels? These slay all day.

Even her combat boots are animal-friendly.

Given KVD's shoe wardrobe, I can't wait to see what she crafts for her own line. Her fans can feel good about wearing them, since no animals will be involved in or harmed in the process.