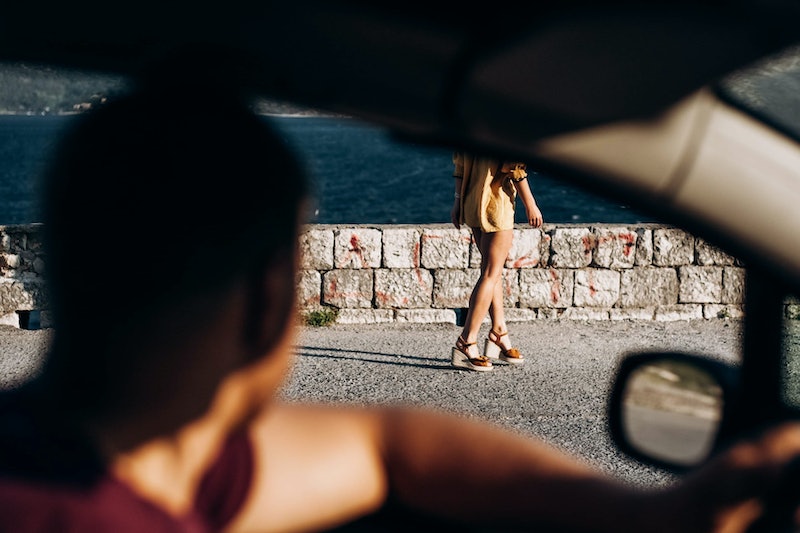 The phrase "rape culture," much like other phrases like "equal rights" or "no, stop catcalling me," can make some people very angry indeed. Yes, people rape, they argue, but is the idea of "rape culture" real? Aren't feminists just exaggerating a few poor experiences into a massive, over-complicated idea? #NotAllMen! It can be tricky coming up with sufficiently elegant arguments to fight against this, because you may understandably want to scream or foam at the mouth; but it does pay to at least try to engage. (Unless they're threatening or you just can't right now. Nope, right out of there.)

Looking for a handy definition of rape culture? Women Against Violence Against Women has a good one taken from Emilie Buchwald's Transforming A Rape Culture : "a complex set of beliefs that encourage male sexual aggression and supports violence against women. It is a society where violence is seen as sexy and sexuality as violent ... A rape culture condones physical and emotional terrorism against women as the norm. ... In a rape culture both men and women assume that sexual violence is a fact of life, inevitable."

If you think we don't live in a society where treating women like that is condoned, think about the person who's just been elected president of the United States, leader of the free world. What bigger stamp of approval is there? If you need to go beyond that into more intense reasoning, though, I've got your back. Here's what you should say to men who deny rape culture.

When They Say: "Most Rape Claims Are Exaggerated Or Lies"

The statistic that's often thrown around is that between 2 to 10 percent of rape claims are "false" or "lies." The reality, though, is that these statistics are based on many different studies that deal in varied (often vastly different) definitions of what constitutes an "unfounded" or "false" report. Let's turn to the National Sexual Violence Resource Center for a clarification: "Research shows that rates of false reporting are frequently inflated, in part because of inconsistent definitions and protocols, or a weak understanding of sexual assault."

The "inconsistent definitions" thing comes down to what's actually believed to make an accusation unfounded. "Unfounded" does not mean "false" or that the person making the claim is lying; it simply means that the elements of the crime don't fit the legal definition for prosecution. A study of false allegations of sexual assault in the journal Violence Against Women explains the distinction: "A case can be classified as “baseless” if, for example, a victim reports an incident that, while truthfully recounted, does not meet, in the eyes of investigators, the legal definition of a sexual assault. For example, if a victim reports to the police that she was raped while she was intoxicated, and truthfully states that she cannot clearly recall whether there was penetration, investigators might classify such a case as 'baseless/unfounded.'"

The study also noted that claims were decided to be "baseless," in a lot of circumstances, because of the attitudes of police officers: Assault claims were considered baseless because they'd had previous sexual contact with the perpetrator, were on drugs, had a history of mental illness, delayed reporting their assault, or were inconsistent in their statements (something that is common in traumatized people). A 2005 study by the British Home Office found that "there is an over-estimation of the scale of false allegations by both police officers and prosecutors which feeds into a culture of skepticism, leading to poor communication and loss of confidence between complainants and the police."

That's the real problem with the whole "false accusers" thing. Yep, false accusations happen; but our knowledge of precisely how many is deeply clouded by misunderstandings of legal terms and problematic attitudes by police. So no, it's not just a bunch of women "regretting sex" or trying to get revenge, as a man once suggested to me. In reality, the vast majority of rape accusations are likely to be founded in reality.

When They Say: "It's Just Locker Room Talk"

You think what you say casually about women behind closed doors doesn't cause any problems? "Sexual violence against women is often a result of unequal power equations both real and perceived between men and women and is also strongly influenced by cultural factors and values," scientists noted in a cross-cultural study of sexual violence in 2013. They also note a famous 1981 study of 156 cultures that discovered "rape is a vital part of a sociocultural configuration that revolved around IPV [inter-personal violence], male dominance, and an 'ideology of toughness' in men and weakness in women."

In other words, boasting about grabbing women's p*ssies, catcalling out of windows, getting angry when women don't return attention because you "deserve it," and revelling in female objectification are all part of the spectrum that contributes to violence against women. The male voice is inherently more valued and trusted in societies worldwide, so if you're one of the many people saying women shouldn't mind getting leered at on the street and are probably "bringing it on themselves," you are officially part of the problem.

When They Say: "I've Never Known Any Sexually Assaulted Women"

How wonderful for you! There are a couple of reasons for this, and they're not that you're friends with "good, wholesome" women who wouldn't "let that happen to them."

One: the National Sexual Violence Resource Center estimates that up to 63 percent of rapes go entirely unreported because of feelings of shame, blame, connection to the perpetrator (who is, in many cases, known to them) or other concerns about their reputation or treatment by law enforcement. So it may well have happened; they just haven't told you. Two: Chances are that, if you know more than a handful of women, they have in fact experienced it. RAINN estimates that one in six American women will be a victim of attempted or completed rape over her lifetime, and 90 percent of all rape victims are women. Stories may come out if you stick around and listen for long enough.

When They Say: "It's Not A Culture, Just A Few Bad Apples"

That would be wonderful! It'd be lovely for everybody if society was in fact wholly respectful of women and their consent, and only a few criminals made everybody else look bad. However, let's look at one particular point: You don't have to be a rapist to condone and support rape culture.

The amount of people who jumped to the defense of Brock Turner and his six-month sentence for "20 minutes of action" against an anonymous defendant because of his "bright future"; the fact that prominent newscaster Piers Morgan can say openly that he doesn't believe in the rape and PTSD experiences of Lady Gaga or Madonna; the anonymous threats of violence and rape made against prominent women regularly; the widespread refusal to believe Amber Heard's allegations of violence against her ex-husband Johnny Depp despite numerous bits of evidence; the treatment of the Jane Doe who accused Donald Trump of raping her while she was a child, and of every woman who has come forward to accuse a prominent man of sexual assault, from Bill Cosby onward: If you want to claim this is just a few bad apples, the country's rank with the stink of rotting Granny Smiths. It's not some stray bits of the crop, it's the whole damn orchard.

Men are fully capable of rational thought, self-control, and not raping anybody. The lesson is to accept that the weight of responsibility not to rape people — even if they're beautiful, even if their skirt is short, even if you think they might want it though they can't articulate it right now — is on the men. And educating them about what consent means, in depth and with a lot of conversation, stops them making stupid choices that let them think it "might be OK" or they "might get away with it."

And don't try using the "people who have their cars stolen can be told they shouldn't have left it parked in a bad area" argument, either. Women aren't cars. They are thinking and feeling beings who have rights, and their right not to be violated is a hell of a lot more important than a car's "right" not to be stolen (sorry, car). Women should be able to use and dress their bodies in whichever way they choose — anytime, anywhere. And if that sounds unrealistic to you, well, then, that's rape culture for you.