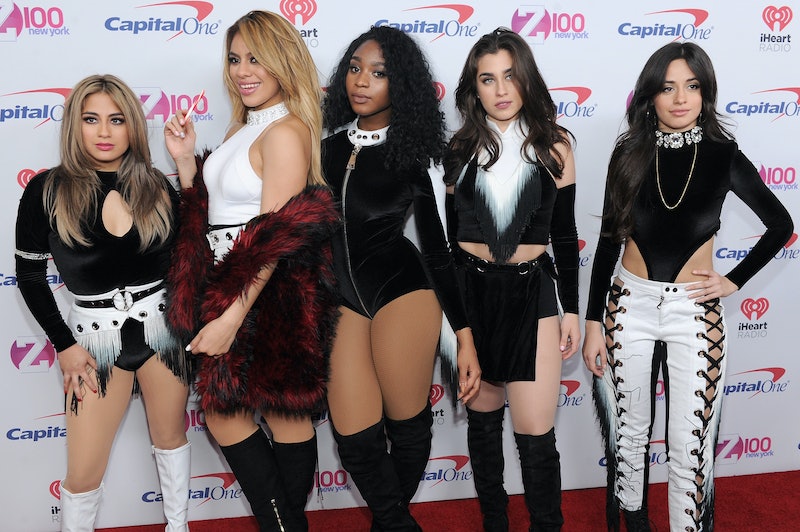 Late on Sunday night — or early Monday morning, depending on your time zone — news broke that Camila Cabello has left Fifth Harmony after four and a half years with the band. The remaining members announced her departure with a note on Twitter, writing that they wished her well and would continue on as a quartet. Much of social media has since sprung into debate about why Cabello left, but her unprecedented exit also raises another important question: Will Fifth Harmony change their name?

Earlier: Thus far, the group’s comments have been limited to their initial note, so they’ve yet to address the possibility of a name change. Having already carved a reputation under the Fifth Harmony moniker, a rebrand could prove difficult. This year, in particular, has been one of their most successful since forming in 2012 during the second season of The X Factor USA. In May, they notched their first top 10 single with the Ty Dolla $ign- assisted “Work From Home” and followed with their mega-successful second studio album, 7/27.

Still, it wouldn’t be the first time Fifth Harmony has altered their title. According to MTV, they initially went by LYLAS (an acronym for Love You Like A Sister), then 1432, before X Factor fans eventually voted to change their name to Fifth Harmony. A 2014 tweet also reveals they once considered going by CANDL, the girls' initials.

It also wouldn’t mark the first time a famous band has changed their name after losing a member. Following Jim Morrison’s 1971 death, the Doors eventually rebranded themselves under an array of different titles, including the Doors of the 21st Century, D21C, and Riders on the Storm. As reported by Rolling Stone , the changes were due to an ongoing legal battle with Doors co-writer and drummer John Densmore. Ray Manzarek and Robby Krieger eventually settled on using Manzarek–Krieger or Ray Manzarek and Robby Krieger of The Doors.

Cabello has yet to address her departure, so there’s no reason to think she’d push back against the remaining women continuing on as Fifth Harmony. Whatever they decide to do, it’s clear their fans are with them, and that both parties only want the best for one another.