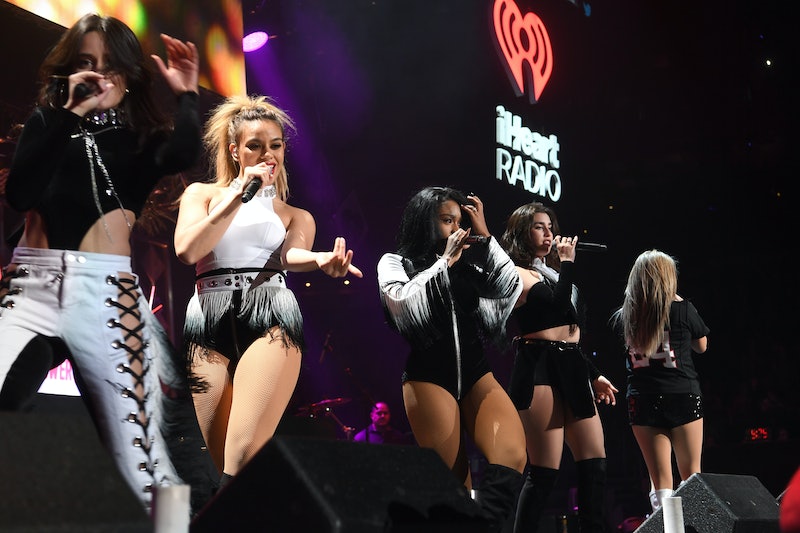 It's always easier to see these things in retrospect, but watching Fifth Harmony's final performance with Camila Cabello, I'm struck by the amount of tension I'm feeling between the five women. Fans didn't realize at the time that it was their last show, of course. However, the performance at Y100's Jingle Ball in Miami, where Cabello performed "Work From Home" alongside Ally Brooke, Normani Kordei, Dinah Jane, and Lauren Jauregui, would be the group's last before the former's announcement of her departure to pursue a solo career.

The fateful appearance took place on Dec. 12, just one week before the remaining four women released a statement via Twitter that Cabello was making her exit, which Cabello's statement on the subject somewhat contradicts. According to the latter, it was common knowledge within the group at that point that Fifth Harmony was about to become Fourth Harmony, but, according to the former, they had yet to find out. In my opinion, performing through that would make these five of the best actresses in the world, but watching the performance is enough to make a Harmonizer very, very sad now that we know what drama was yet to await them.

Something about Cabello's performance almost seems dialed in at this stage. She's there on the stage, and she isn't missing her marks in the choreography or anything, but it does seem to me like her focus is elsewhere. Take a look.

Just to be clear, I'm definitely reading too much into this. If Fifth Harmony hadn't made their announcement on Sunday, I wouldn't have batted an eye at the Jingle Ball performance. But now I know Cabello is out. I saw how weirdly it was announced, with the statements contradicting each other. I saw the last interview that 5H gave as a group. Everything is falling into place.

This makes me think that this rift had been growing for a long time, and something happened to bring it to a breaking point. Just look at the way Cabello fights to be heard in Fifth Harmony's final interview, right before their final performance.

That is just not a girl who's on the same page as the rest of her bandmates, and, having watched it, I'm not surprised that Cabello's announcement came when it did. So as disappointed as I am about Fifth Harmony decreasing by one member, it's clear to me that this wasn't a good fit by the end. On top of that, I'm excited, both for Camila Cabello to find her own voice, and for Fifth Harmony to continue expressing themselves the way they want to. It's a bummer, yes, but I'm hopeful that everyone involved will be a lot happier going forward.