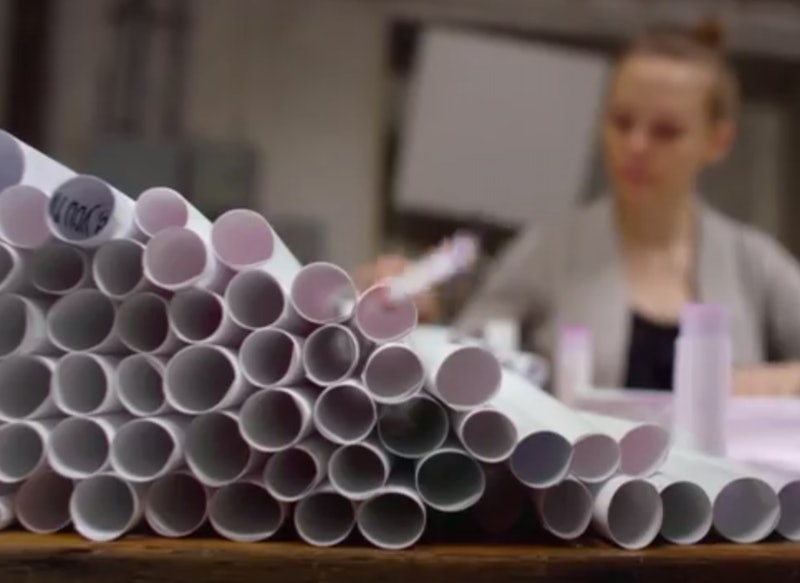 Recently graham cracker maker Honey Maid came out with an ad called "Wholesome Love" featuring a diverse array of families, including a gay couple and an interracial couple. The backlash was swift and predictable, but the remarkable thing is what Honey Maid did in response. They not only stuck by their commercial, they showed that they don't give a damn about appeasing haters.

In a new video released this week, we see two artists Honey Maid hired to turn the negative comments into something beautiful. All those "This is DISGUSTING" responses got printed out and rolled up into paper tubes that they then arranged to form the word "Love." It's basically a way to say, "You can be hateful if you want to, but that doesn't mean we have to accept it."

Inclusive commercials are starting to pop up more and more, from the Cheerios ads with the mixed race family to the multi-lingual "America the Beautiful" that played during the Olympics. And unfortunately those ads still have the power to produce a wave of Internet hate. But in Honey Maid's new video, they also want us to know that they got plenty of plenty of supportive comments, too. Way more, in fact, than negative comments. So maybe there's hope for the world? Either way, the artists found some cool things to do with those comments, too.

More like this
What Is The Forest Personality Test? The TikTok Trend, Explained
By Georgina Lawton
TikTok Is In Its Elle Woods Era
By Meguire Hennes
13 Selfie Instagram Caption Ideas That Exude Main Character Energy
By Jessica Booth and Emma Carey
How To Use The Like To Know It App To Buy Influencers’ Faves
By Emma Carey
Get Even More From Bustle — Sign Up For The Newsletter