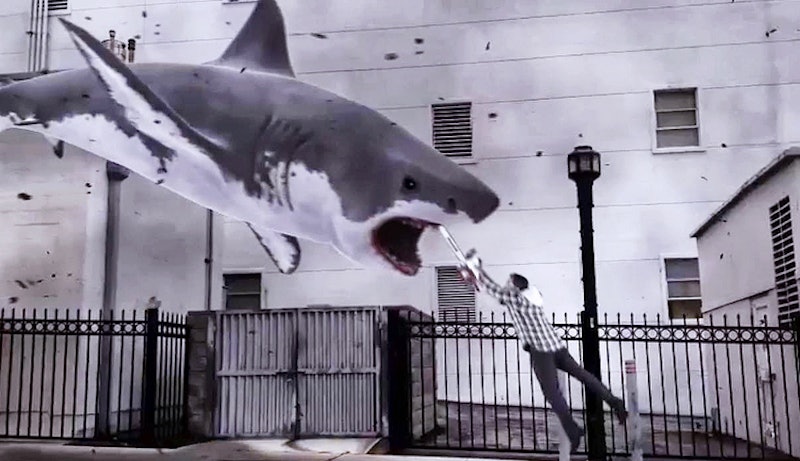 This past summer, a raging storm tore through our pop culture consciousness. It took the form of a tornado made of sharks. It was (fittingly) called Sharknado, and we will remember it fondly, weirdly, and hopefully with at least a little irony. As we inch towards Sharknado 2: The Second One , we must take a moment to mull over what comes next for the newest chapter in a film series whose reputation already precedes it. So here's some of what we already know about Sharknado 2.

Eat your heart out, Ghost Shark.