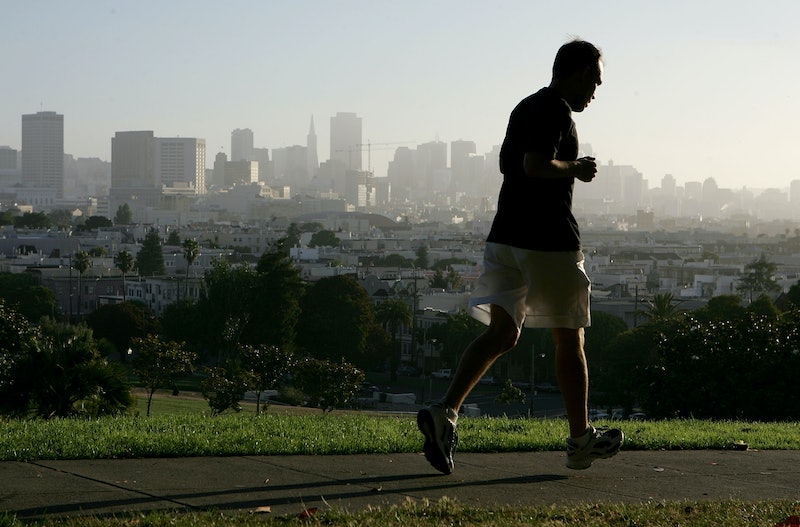 Happy earth day! With summer just around the corner, many of us are turning our minds from our Netflix queues to hiking, camping, boating, and other sorts of ways to have fun in the sun. But which cities are the best places to get your nature walk on? Whether you're looking to relocate to a more nature-friendly city, or you're just looking for a destination for you summer road-trip, you can't go wrong with these outdoorsy cities.

We boiled down nine essential outdoor activities and looked to the experts to determine which city is the best place to enjoy each. The result: the best cities in America for anyone who loves the outdoors.

With Columbia Gorge and Mount Hood nearby — and a smattering of lakes and forests surrounding the city on all sides — Portland is, to use National Geographic’s phrase, “an urban hiker’s paradise.” The city’s natural setting caters to both beginners and pros, with at least 60 nearby hiking trails leading to waterfalls, lakes, and view-affording mountaintops. Start with Triple Falls, “a three-mile walk from the Horsetail Falls Trailhead that takes hikers through a wooded canyon [and to] a stunning three-pronged waterfall.”

Even better? You can go get some killer cold brew (or a craft brewski) afterwards.

Bicycle magazine caused a furor in 2010 when it named Minneapolis the most bike-friendly city in the U.S., trumping the longtime title-holder Portland, Oregon. Though Minnesota winters can be hard on bikers (and anyone forced to go outside, actually), the city still has the second largest number of bike commuters of any metropolis in the country, with 4.3 of the population (8,200) pedaling to work as of 2008. So how did this Twin City get to be such a biking mecca? Well, in addition to boasting a number of famed bike shops and scenic routes, it also ranks seventh (among 52 U.S. cities) for bike safety.

Well, this one is no surprise. Surfer magazine named Santa Cruz, California the best city in the U.S. for surfers, citing its history (the “first waves surfed in the Continental U.S. were ridden” here in 1885), its surf scene (“pros live next door to reclusive soul surfers”), and, of course, its killer waves: “The area’s myriad beachbreaks, points, and rocky reefs absorb swell from just about any direction — northwest to dead south — translating to rideable waves almost every day of the year.”

Whether you’re a committed surfer or you just dig surf culture (i.e., those beautifully-brown, buff people), Santa Cruz is clearly the place to be.

While Boulder and other Colorado cities are fast earning reputations as pot-smoker havens, the state has long been one of the best for nature-lovers and outdoorsy types. Boulder in particular is a climbing and mountaineering enthusiast’s dream. National Geographic calls the city’s crags — the Flatirons, El Dorado Canyon, and Boulder Canyon — “three of the nation’s most classic.” The city’s abundance of climbing shops seals the deal when it comes to Boulder’s position as America's climbing capital.

There are lots of terrific cities in the U.S. for skiers; many of them famous for their posh resort culture and record-setting snow-making machines. But Stowe, Vermont is a kind of bohemian reprieve from the likes of Vail and Park City. The colonial town, built up around a picturesque church steeple, is surrounded by the Green Mountains, and its six ski areas feature trails for both pros and beginners. The town itself offers a range of food and entertainment options for après-ski relaxation. First stop: the Ben and Jerry’s plant.

With the Catskill mountains to the east, the Adirondacks to the north, and the Finger Lakes all around, Ithaca, New York is a centrally-located camper’s dream. Campers can take advantage of the hiking trails, gorges, and waterfalls located near camping grounds such as Buttermilk Falls State Park and Taughannock Falls State Park. If the going gets too rough, stop by downtown Ithaca, where a combination of college students (Cornell and Ithaca College are nearby) and hippies makes for an easygoing but never-boring scene.

In Boating magazine’s list of the best cities for boaters in the U.S., Tampa scored a 5 (the highest rating) in all four categories: waterfront availability, ease for boaters, strong boat-related business, and number of good boating days. Add to this Tampa’s consistently fantastic weather (the area averages 361 days of sunshine per year), and you have a maritime paradise.

Flagstaff is a prime city for nature-lovers for multiple reasons, but two in particular stand out: First, it's the "gateway" to Grand Canyon National Park, providing residents with access to one of the nation's most spectacular natural wonders. But secondly — and less well-known — is the fact that its remote location and relatively small size make it ideal for looking at stars. Flagstaff is even the home of the Lowell Observatory, where Pluto was discovered in 1903.

Best For Lazy Days in the Park: San Francisco

If you’re one of those outdoorsy types who just wants a city that has good weather and big, open spaces to frolic around in, then San Francisco may be the place for you. The Northern California city came in at #5 on Business Insider’s list of the U.S. cities with the best parks, but we think its consistently good weather gives it an edge over climatically inconsistent cities such as Boston and New York, which ranked higher.

Parks make up a whopping 18 percent of the land area in San Francisco, and the city spends around $140 per resident annually on park upkeep. Golden Gate Park and Dolores Park are among the spaces that show off the city's gorgeous natural setting and offer stunning views of the cityscape.