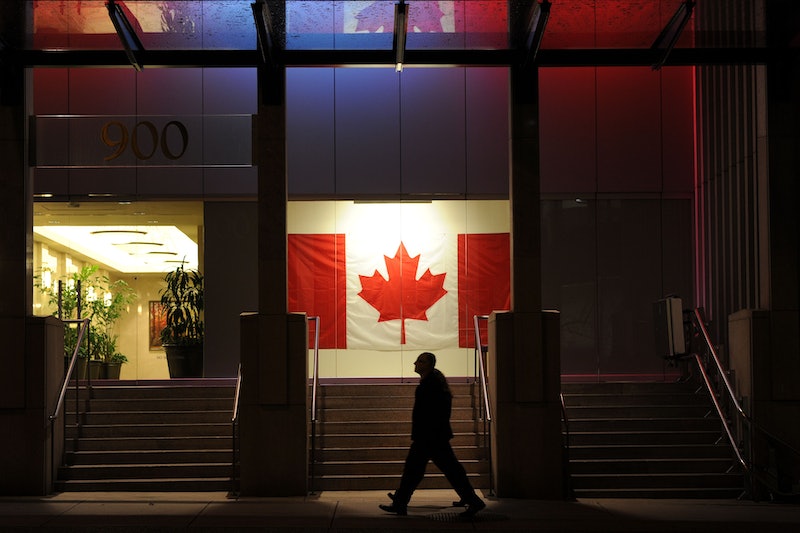 If you go to McGill University, it's a pretty safe bet to say that you roll your eyes every time someone calls your school "the Harvard of Canada." (But it's also a safe bet that you believe that's true.) With a campus that has been compared to Hogwarts and a prime location smack in the middle of downtown Montreal, it doesn't take long for McGill to charm the pants off anyone. For many new students, getting into McGill is a dream come true. And while many of us might graduate less rosy-eyed, we`re still pretty enamored with our alma mater (partly because we come up with cool stuff like this).

Sure, when the going gets tough and the budget gets cut, we all complain, but that doesn't mean we don't love to fondly hash over all of the university's little idiosyncrasies that only we can truly understand. University of Toronto, you can get out of here, because we're claiming back our rightful ranking as Canada's top university (was it ever even really a contest?). If you're lucky enough to still be at McGill — or to be an alum — you know what I'm talking about. There are some things only we can truly understand.

your life is pretty much ruled by a "party hard, work hard" schedule

Which inevitably means the library becomes your home away from home during finals...

It's surprising how far people will go to feel cozy there.

in fact, you wish you had an assigned carrel in McLennan Library, just so you'd always be able to claim yourself a seat

That is, unless you're one of those kids who prefers to see and be seen in Blackader

Or maybe the creaky old Birks Reading Room does the trick for you?

sigh. at least we're a rowdy bunch the rest of the time?

It's a wonder anyone gets anything done in the first few weeks of school, what with Open Air Pub (OAP) and its cheap beer and fairy lights.

And the fun doesn't stop when it gets cold outside

Everyone just moves to Bar des Arts (BDA) every Thursday night, for more cheap beer and the occasional grilled cheese.

And let's not forget Sangria Wednesdays at Gerts Bar...

...and the intense jealousy undergraduates harbour for anyone who can get into Thomson House

speaking of, Does anyone at McGill not have an opinion on Frosh?

Same thing with Carnival and its creative puke suits: you either love it or you hate it.

if you did take part in Frosh, you probably hooked up with (at least) one other Froshee

And you kept the reusable plastic mug. Always comes in handy at BDA

When it's nice out, you know that everyone will be tanning on Lower Field

But when winter comes along, you're going to dread morning classes anywhere up the hill

please, You wouldn't dream of grabbing your morning brew at Starbucks

Pikolo Café and Humble Lion are the only places for a hip McGillian — a $5 latte paradise for every Instagrammer out there.

But when you're cramming in the morning, you know Tim Hortons is the only place you can still get coffee

and Speaking of deals, we're all haggling on the McGill Clothing Exchange

Nothing beats shopping someone else's closet!

Honestly, that Facebook group is better organized than most of our student unions

Good luck getting anyone to come over to your place.

But hey, at least they live close enough to bike to school

most of all, every true McGillian knows we beat the University of Toronto

And that with Concordia, it's not even a competition

Because we truly are the Harvard of Canada

Only much, much cooler