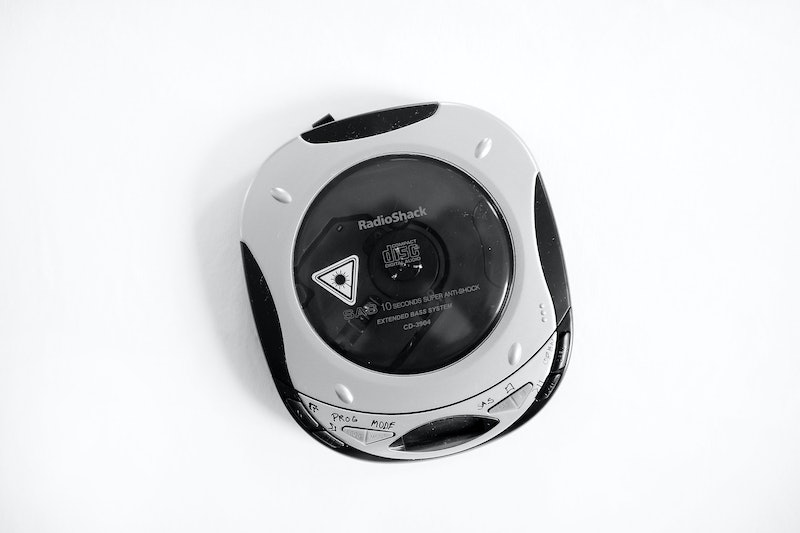 My high school best friend, Ben, made me at least one mix CD every year. Some were holiday or birthday presents, some celebrated summer, and some were meant to convey the feelings of a certain moment in our lives. I still have half a dozen or so of these mixes on my computer, and recently, I decided to do something I hadn't in a long time: I listened to them straight through, in order and actively, as they were meant to be heard.

I started with one Ben called Build Voice, which he made for me the week before I moved from Tucson, Arizona to New York City. Here's the track list:

Wrestler / Don't Say We Didn't Warn You / Does It Offend You, Yeah?

If You Only Knew / Power In Numbers / Jurassic 5

You're Going Back / The Wild Hunt / The Tallest Man On Earth

You Can Have It All / Prisoners Of Love: A Smattering Of Scintillating Senescent Songs / Yo La Tengo

Shake It Out / Ceremonials / Florence + the Machine

The mix is true to its name, starting softly, almost inaudibly, in the first Dan Deacon song and then building, well, voice. It rises and falls, with gentle, folky love songs and stronger, more assertive tracks like "Shake it Out" by Florence + the Machine.

Truthfully, I don't know much about music beyond how it makes me feel. But I can say that going back to this mix, I felt an overwhelming combination of love for my friend and nostalgia for what feels like a lost art.

My music is almost constantly on shuffle, and no one besides Ben has made me a mixed CD in years. Sure, there are Spotify playlists out there that offer a pretty good approximation of the mix tape/CD, but even those can be hundreds of songs long. There's no need to compress, to curate, to choose just the right order of just the right songs to say something that conveys a precise feeling or moment.

As I went back through Ben's mixes, I knew I had to hear from the person who made them. I asked him whether he thought making them was, in fact, a lost art.

"As I’ve given mixes to people over time, the way in which people listen to it has changed," Ben told me. "It is kind of a dying art. Maybe that's people’s attention. No one sits down and dedicates an hour of their life to actively listen."

He told me that some moments of his life have lent themselves to the mix-making frame of mind. Especially times of emotional turmoil.

"When (a serious girlfriend) broke up with me, music — oh my god, I could listen to any song and see connections within it," he told me. "I went through a phase where I made you guys three mixes in a year, and I look back at it and see that some of those mixes were a little intense."

They were, but one mix from that time, called Sometimes Simplicity is a Good Thing, is my favorite. It's achingly sad, and occasionally angry, but hope and a belief in love peeks through.

All My Friends / Sound of Silver / LCD Soundsystem

You and I / Be OK / Ingrid Michaelson

The Pageant of the Bizarre / Finally / Zero 7

Woke Up New / Get Lonely / The Mountain Goats

Ben's mixes, and others I have received over the years (though none are done better than his) are, as he put it, "designed specifically to encapsulate the moment … like a time vessel." They capture "a projection of where we are moving and where we are coming from."

Another thing I love about mixes: the music doesn't have to be "good." We weren't trying to impress each other with our good taste when we offered them to one another; we were simply trying to say, "Here's how I'm feeling, and here's how I can relate it to you."

Mixes seem to be going the way of hand-written letters and long phone calls; all the forms of communication we put to rest, and that some of us mourn, as we move into a new kind of connection.

I like services like Spotify, sure. I like the accessibility of every song I could possibly want to listen to, all at once. But I miss the offering of the mix, the effort and love put into them; the physicality and compactness of them; and the way they could carry me, in an hour or so, into a new realm, enveloped in the love and attention of my careful mix-maker.

More like this
Cruz Beckham Teased New Music With An Adorable Nod To Mom Victoria Beckham
By Stephanie Topacio Long
Britney Spears Shares & Deletes Photos Of Justin Timberlake From 22 Years Ago
By Jake Viswanath
Twitter Can’t Believe The Madonna Biopic Is Scrapped & Fans Have A Solution
By Alyssa Lapid
Hilary Duff's Husband Matthew Koma Has Her Name Tattooed On His Butt
By Jake Viswanath and Stephanie Downs
Get Even More From Bustle — Sign Up For The Newsletter
From hair trends to relationship advice, our daily newsletter has everything you need to sound like a person who’s on TikTok, even if you aren’t.