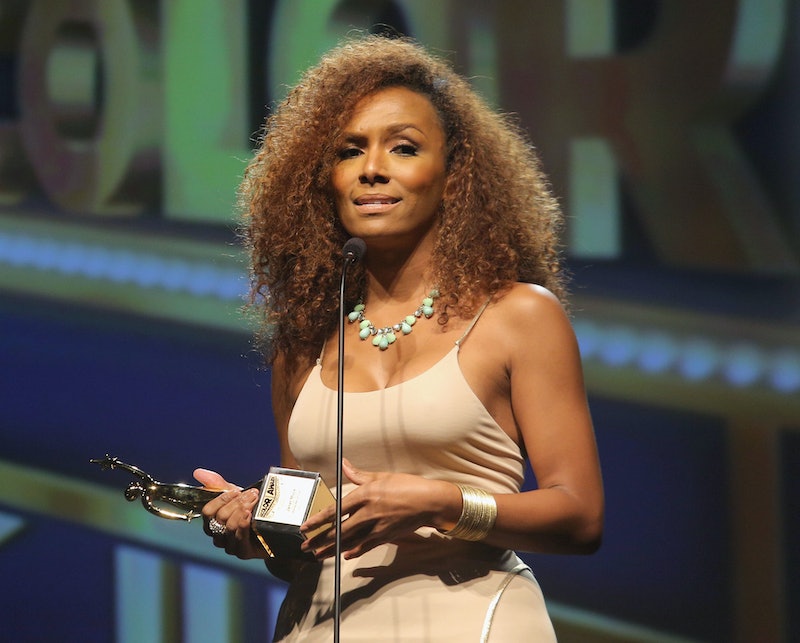 Just in case anyone needed another reason to love trans activist Janet Mock, she's now managed to demonstrate in three-minute television segment with AM Tonight's Alicia Menendez exactly what's wrong with the way transgender people are interviewed. By flipping the sorts of questions she normally gets and adapting them for a cis person, Mock makes it clear just how invasive and uncomfortable these questions are.

Time and time again this year we've seen TV hosts make insensitive missteps when trans guests come on their show, including when Janet Mock herself went on Piers Morgan Tonight , igniting a feud that proved just how awful self-proclaimed "allies" can be. And yet many people continue to defend those who ask trans people invasive questions about their body, insisting that these are the sorts of things people ought to know about trans people. But curiosity is not an excuse to treat people as though their genitalia is the most important thing about them.

Mock herself has been very open and public about her transition, and she acknowledges in the clip that she therefore understands why she gets a lot of the questions interviewers regularly ask. But some of the questions, she says, really are "unnecessary." And, of course, other trans people who are not so public about their private lives also often have to field the same invasive questions.

Hopefully seeing the questions flipped around on a person whose body and identity the public does not find so confusing or fascinating will help to show people that no matter who you are, or how odd society assumes you are, invasive questions are always uncomfortable, and reducing a person to their genitalia is never okay. And if you don't believe me, just listen to Alicia Menendez talk after the "interview" about just how awful it feels.