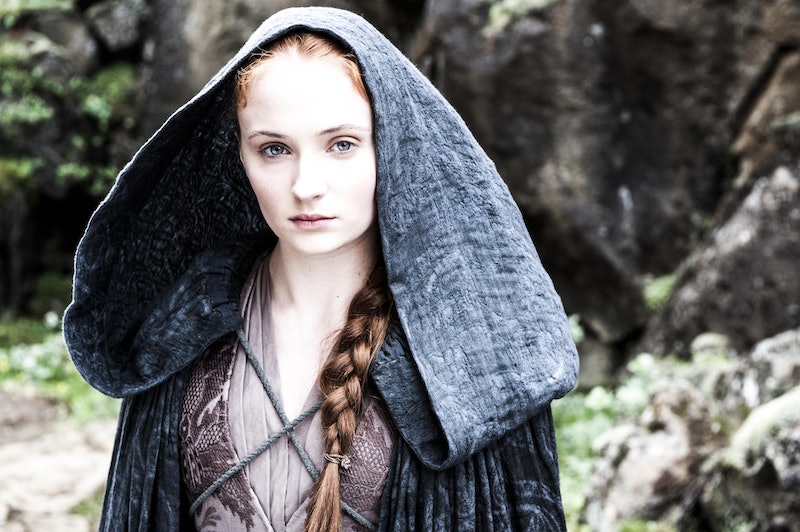 Beyond the wall? More like beyond the book! The director of this week's episode "The First of His Name" Michelle MacLaren has confirmed that Game of Thrones will move beyond the books. The show has been spinning forward rapidly and touching exciting subjects that book fans may not have anticipated to happen so early in the game — like that baby and the White Walker, for one thing — but since the show can't spend forever in the same place, it's got to move faster than the very lengthy epic novels. MacLaren said:

Dan and David [Weiss and Benioff, the showrunners] are such great writers. It's exciting to see where they are going to go moving beyond the books, which is starting to happen more and more.

At first glance, this may seem unsettling. If "going beyond the books" means straying from the text and giving us unnecessary rape scenes, then hell no, we want out. But if this means what we think this means — and I sure as hell hope this means — that the showrunners are altering timelines and shifting up the way things are happening, revoke your eye roll! This could actually be indicative of some very good news for fans of the show who have not read the books.

Why? Because this means FEWER SPOILERS. Yes, now that breed of Game of Thrones fan who obnoxiously holds his knowledge of the books over non-book-reading fans can cease to threaten us with spoilers of who dies.

Well, they sort of still can — it's unlikely that the show will steer that far away from the books, and there will always be some a-hole who slips and says who dies in the next book — but with timelines mixed up, it won't be as easy for books fans to con us into attending lame events by threatening us with spoilers. It will make it easier to eschew the cocky Game of Thrones fan who stands high and mighty, pelvic forward, arms akimbo, who reads the books and thereby that thinks he or she is better than those of us who have enjoyed the show without the reading the books.

This move will make saying, "no, I only watch the show" have a little more clout than it did before because everyone watching the show — book-readers and non book-readers alike — won't know what's coming immediately next. Book-readers may know what happens in the long run, but as for what's coming up next — we may all very well be on the same page.

Besides, no one sucks more than someone who gives spoilers. No one.