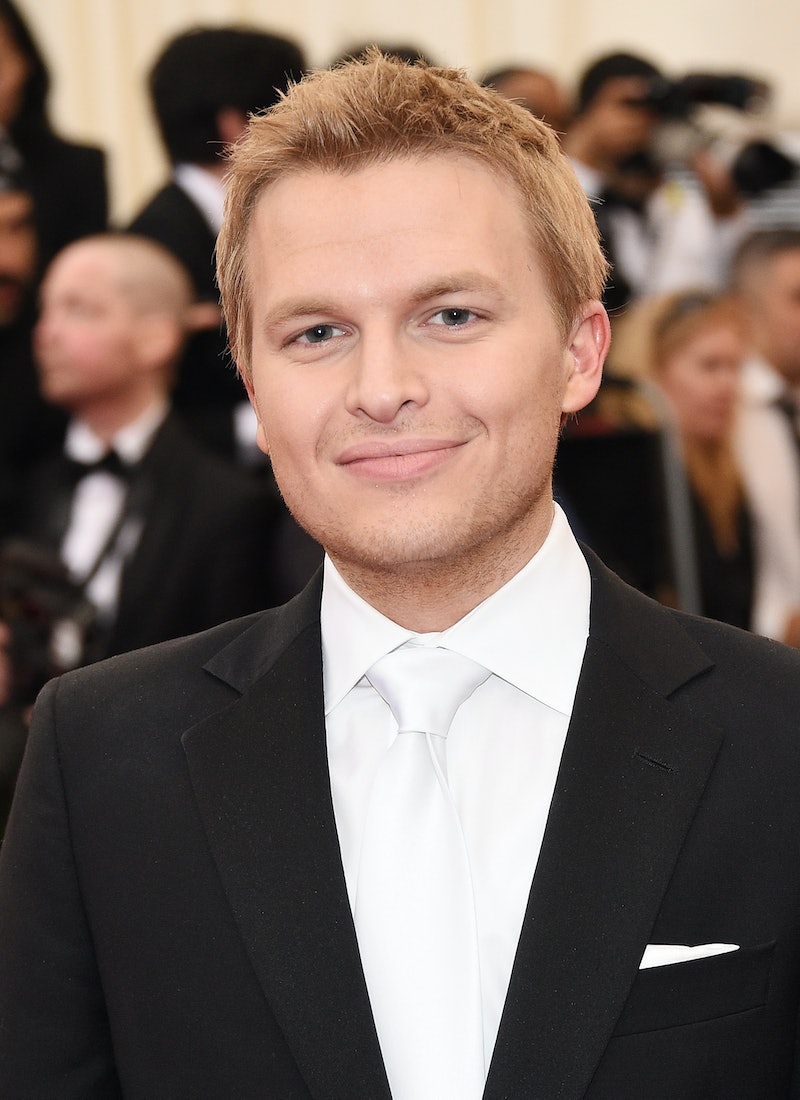 I think it's safe to assume that most of us aren't going to attend the Met Ball anytime in our lifetimes. The annual event, formally called The Met Costume Institute Gala, is reserved for the most renowned members of the fashion industry and their celebrity guests, and scoring an invite is a major deal. So, for the rest of us, we can only experience the night through the tweets and Instagrams of those who do attend, but unfortunately, without a live stream, that's not that much intel; most celebrity attendees tend to only post photos of their dresses and messages of thanks to the designers who invited them. With only those kinds of posts, we don't really get to know what it's like to be there —unless you follow Ronan Farrow, whose tweets from the 2014 Met Gala were hilarious, relatable, and very telling of what it's like to attend the fashion industry's most exclusive event.

Farrow, the host of MSNBC's Ronan Farrow Daily, apparently went to his first Met Ball ever on Monday, and thankfully for us, he posted frequently throughout the night to describe his experience. Like Lorde and Judd Apatow before him, Farrow's tweets made it clear that the he felt totally out of place, viewing the event as some strange, exciting, completely abnormal gala that he had no business being invited to, but, since he was, might as well enjoy it. After posting a photo of the ridiculous amount of flowers used for decoration, Farrow went on to describe all his celebrity encounters, some of which went more smoothly than others. One that could've gone better? Sarah Jessica Parker.

But probably not well, since Farrow was too busy tweeting about his love for the singer than actually talking to her.

Girls' Allison Williams had some important advice for him.

But it was seeing Lupita Nyong'o that understandably was the highlight of Farrow's night.

Even if he needed some help recovering.

To which Dunham responded:

Farrow didn't have the same luck with Shailene Woodley, however.

Despite all the celebrity encounters, though, it seems that Farrow really is just like us.

Somehow, we doubt Anna Wintour had the same trouble with the menu — but that's why it's so great that someone like Farrow tweeted his Met Ball experience, to give a funny, awkward, perfectly uncomfortable voice to all of us less-lucky civilians.