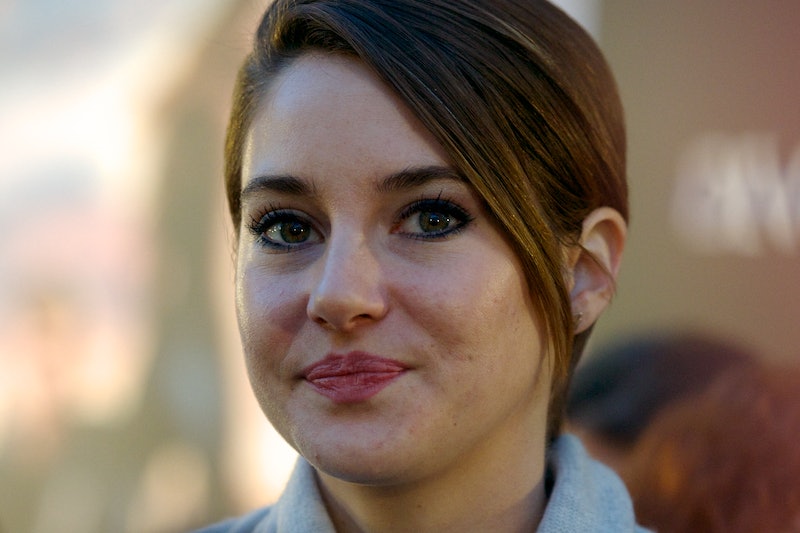 I love Divergent star Shailene Woodley but the girl says some insanely bizarre stuff. I'm going to gloss over the fact that she clearly doesn't know what feminism is and go straight for all of her woodland-fairy-esque advice. The actress has talked about growing her own herbs (cool) and making her own toothpaste (I'll stick to my Crest and Colgate, but hey, you do you) but that's only the tip of her hippie iceberg. She's also into a little less mainstream means of vaginal health by making sure her nether regions always get extra Vitamin D. But perhaps the most head-scratching of all her tips is the one in which Shaliene recommends people eat clay.

In her interview with David Letterman Monday night, the actress told the talk show host that clay helps remove toxins "like heavy metals" from your body. According to Woodley, one tablespoon of clay is all you need to reap the benefits. Naturally, David Letterman wasn't all that convinced, comparing Woodley's clay-eating to that of a no-boundaries kindergartner eating Play Doh. Because Dad humor.

While I'm a big believer in doing whatever ritual you want as long as it 1) makes you feel better 2) doesn't cause you any serious internal damage, I'm finding it hard to buy what Woodley's selling. Woodley's explanation for how clay detoxifies your body reminds me of the scene from Mean Girls when Cady tricks Regina into eating 1,500 calories snack bars. Like, it would be really, really nice to believe that clay is the magic that Woodley claims it is, but I think I'd like more hard evidence before I start using pottery class as a lunch buffet.

Check out Woodley's interview with David Letterman below.

And the Mean Girls scene: