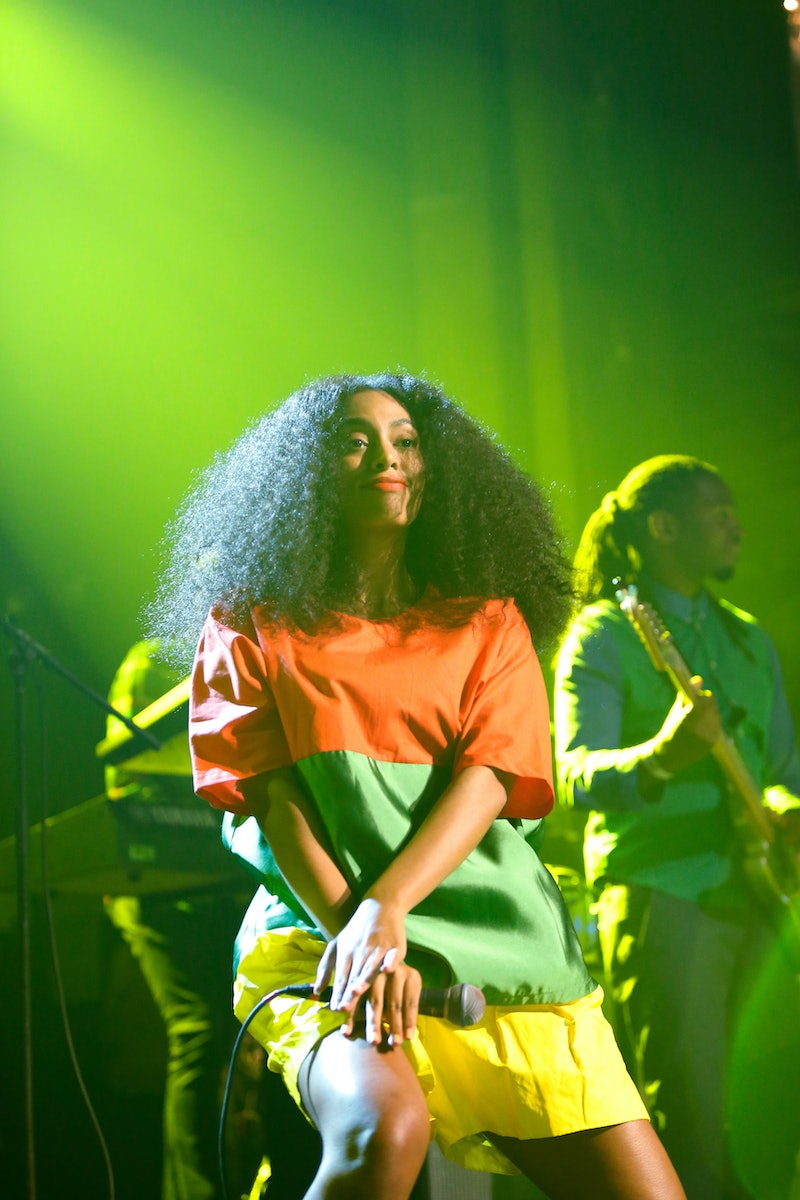 The past 24-hour entertainment news cycle has been all but dominated by the shocking footage of singer Solange Knowles attacking her brother-in-law Jay Z in an elevator at New York City's Standard Hotel. From speculation about why Solange went after Jay-Z in the first place (and why she went on an Instagram-deleting spree) to a minute-by-minute dissection of the cool-as-a-cucumber Beyoncé Knowles as the events of the evening transpired, the Internet can't seem to get enough of this famous family rift. Twitter was naturally quick to respond to the story, even coming up with the trending hashtag #WhatJaySaidToSolange. Of course, when Twitter starts in, the inevitable slew of memes are not going to be far behind. Case in point: the onslaught of photoshopped memes that began to pop up everywhere yesterday. (The world's most famous married couple have made a public appearance since the news broke, but have not made a statement regarding the incident seen 'round the web.)

Now, for a still-developing news story which is shrouded in speculation and no answers, not to mention one that involves a physical altercation, the lines of comedy and good taste are bound to be crossed. But for every silly, harmless meme like this one, there's some that just feel plain wrong and are making light of physical violence. (Some of the memes include images of Chris Brown and Rihanna). Check out these seven memes from around the net regarding the Solange/Jay Z/Beyoncé altercation and decide for yourself whether these particular memes are a laughing matter.

More like this
The Best Memes & Tweets About Beyonce's New 'Renaissance' Album
By Radhika Menon
What Is Ariana Grande's Net Worth? When It Comes To Money, She Has No “Problem”
By Hugh McIntyre
Beyoncé Delivers “Soaring Vocals” On New Album “Renaissance”
By El Hunt and Radhika Menon
Will Beyoncé Be At The BET Awards To Perform “Break My Soul” Or Attend The Show?
By Jake Viswanath
Get Even More From Bustle — Sign Up For The Newsletter