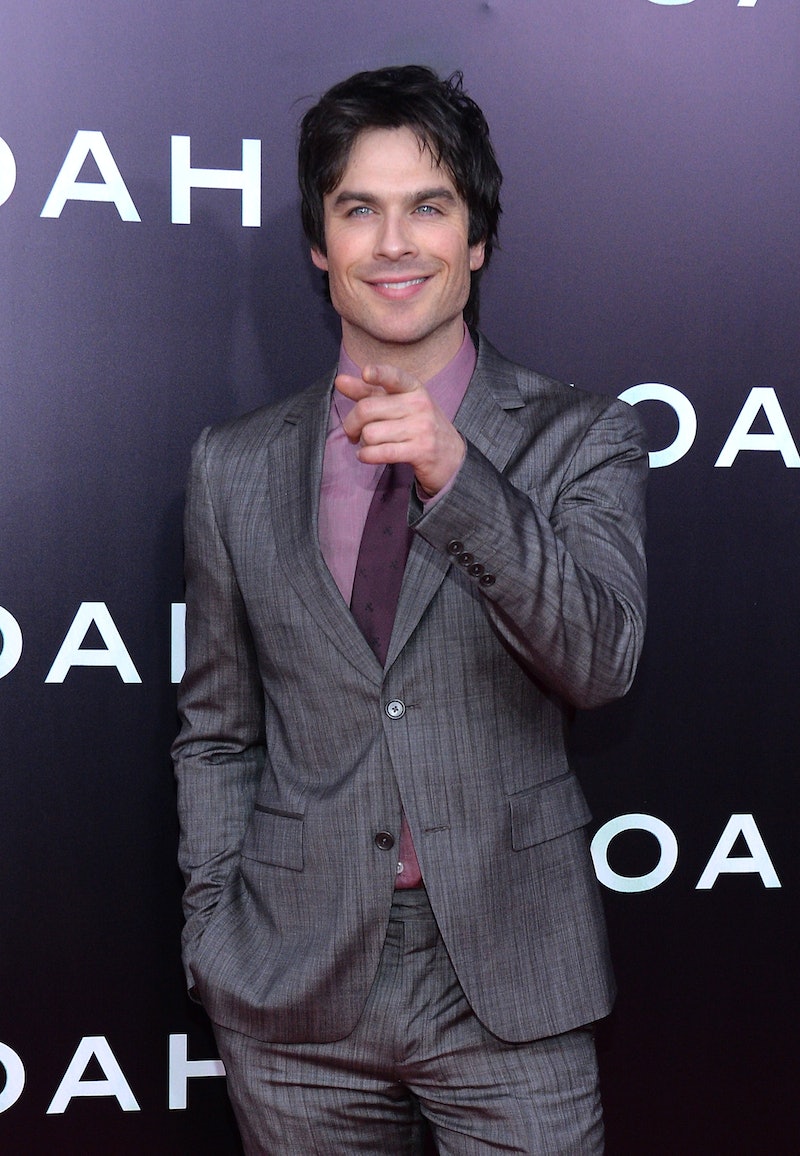 Every time someone on a TV show dies, suddenly panic sets in. Who else might leave us, and when? That doesn't happen quite as often with The Vampire Diaries, considering the fact that one of the main characters is a dead girl who's been hanging around for seasons upon seasons, but when Vampire Diaries hero Stefan Salvatore died, things changed. Suddenly, Damon's death became a question and along with it, the question of Ian Somerhalder leaving TVD .

The Somerhalder-is-unhappy-on-The Vampire Diaries rumor has bubbled up on occasion, ever since Somerhalder broke up with his co-star Nina Dobrev. However, as we cleared up with Stefan's surprising death, this series does not enjoy letting its characters stay permanently dead. Sure, Paul Wesley's character had an unfortunate accident last week, but his contract's got him here through Season 6. And guess what, Mystic Falls-lovers, Somerhalder's got a similar set up. So, even if Damon does end up sacrificing himself to save his dear brother Stefan during The Vampire Diaries' Season 5 finale, we're not looking at a Damon-free Season 6. You can all breathe now.

Besides, Somerhalder confirmed he's here for the long haul last year on Twitter, when he posted photos from the show's "yearbook":

You hear that? Two more years to go. That means he's at least here until Season 6 and if you were paying any attention to the millions of interviews showrunner Julie Plec does, you may have seen a comment about Season 6 potentially being the last one.

So while we could say goodbye to Stefan and Damon next year around this time, Plec is also happy to keep on writing about the Mystic Falls gang for another half a decade. And considering the fact that TVD continues to be one of the CW's highest rated shows (and the No. 2 series for young adults in its Thursday night timeslot, according to Fox), we're guessing that Plec, Kevin Reilly, and a big ol' pile of cash might convince Somerhalder and Wesley to stick around their haunted set for a little while longer.

Of course, we can't Somerhalder from flying the coop when filming takes a little breather between seasons:

Travel safe, dude. We'll need you back here next year — no ifs, ands, or buts about it.