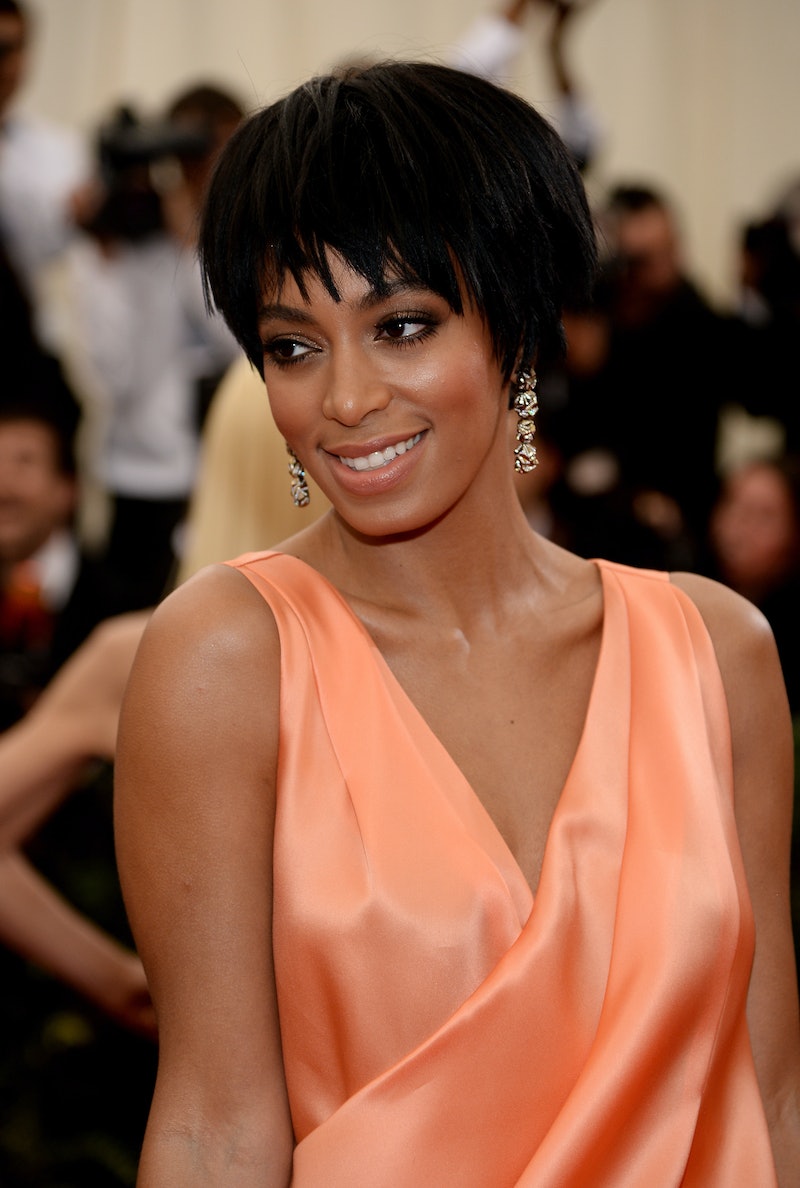 Well, this is interesting. It looks like everybody's making amends after the elevator scandal. Now we have a Throwback Thursday photo with Beyonce and Solange as kids — posted by Solange, herself. Have things finally come to an end, and what the hell does all of this mean? Apparently, she must have felt pretty crappy for allegedly deleting all those Instagram pics of herself and her sister.

Perhaps this is Solange's response to Beyonce's move in which the singer posted some really great pics of Solange and Queen B. After all, it's pretty clear that Beyonce loves her sister, and since she's apparently used to Solange's outbursts, she's probably aware that once all of this hoopla with the media and the public dies down, everything will be okay between the two of them. It looks like Solange is now accepting that olive branch, because seriously — nothing says "love ya, sis," like a good ol' #tbt pic. Everyone with a heart, sister, and an Instagram account knows that's true.

So does this mean Elevator Gate is over? Well, the culprit who leaked the video has been fired, so that's some indication that this scandal is veering toward the exit sign. Truth be told, Elevator Gate won't die down until another video is leaked featuring another star doing something jaw-dropping, so even though it looks like things are peaceful now, as long as we're hungrily watching and absorbing every last piece of evidence, it's still going to continue.

But for now, let's at least share a moment of "awwww" as a collective audience: