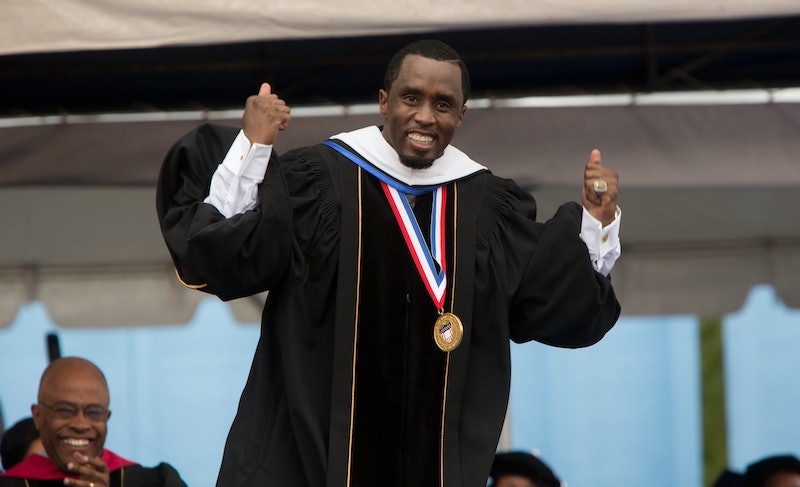 Let's face it, almost every commencement speaker follows the same formula. First, they open with a few jokes. Then, they speak about their own college experience and all of the things that no one ever expected of them before driving it home with their advice for the keys to success. Seems simple enough to deliver a knockout commencement address (or even a mediocre one) that will leave graduates with a some good advice before they set out into the real world. Right?

Not so much. For all the amazing graduation speeches that are out there, there are just as many that totally miss the mark. Whether their sense of humor gets the best of them or they just straight up insult the graduates, there were a few pieces of advice given to the class of 2014 this year that will be of little use to them in the real world. Now that I've listened to commencement speech after commencement speech (be thankful you left this one up to me), here are what I believe to be the three most random pieces of advice given to this year's graduates.

No disrespect to all the Diddy lovers out there, but I would have protested if this had been the speech given at my graduation.

Sean Combs dropped out of Howard University after two years to begin his rap career, and received an honorary doctorate this year. Combs opened his speech by playing to the crowd's heartstrings and telling the story of how his mom raised him alone after his father passed away. But the heartwarming story didn't distract from the strange lessons Combs went on to deliver to the graduates.

The most weirdest portion came at the end of his speech, when Combs tried to jam in every half-baked piece of cliche advice he could think of. Then he ended his speech with "At night I'm flying. You are a unicorn, we are unicorns." Right...

"Do Not Make It Rain"

I will say Kal Penn gave an amazing speech to the DePauw graduates. He touched on some typically overlooked advice, like the fact that you shouldn't let yourself be too consumed by work. Penn kept his address short, and engaged the audience with his sense of humor.

But the last bit of advice that Penn left DePauw with? "Do not make it rain." Though it seems somewhat unrelated to anything you would ever hear at a graduation speech, he did mean it. Penn said in his speech that "If I ever see you at a club making it rain on another human being I will shame tweet you to the best of my ability."

"Your degree will do nothing for you."

Charlie Day gave a speech that went viral this year to the graduates of Merrimack College in Massachusetts. Taken at face value, though, his advice is a bit discouraging: "Your degree will do nothing for you," Day said.

Geez. Today's job market is bad enough as it is. Trust me, we've heard. Hearing from your commencement speaker that you slaved away at school for four years only to get a worthless degree is even more disheartening.

Day went on to tell graduates that it is now their turn to put that degree to work. He's right, that piece of paper that you'll hang on your wall won't do anything for you. It can't, it's a piece of paper. We get it.