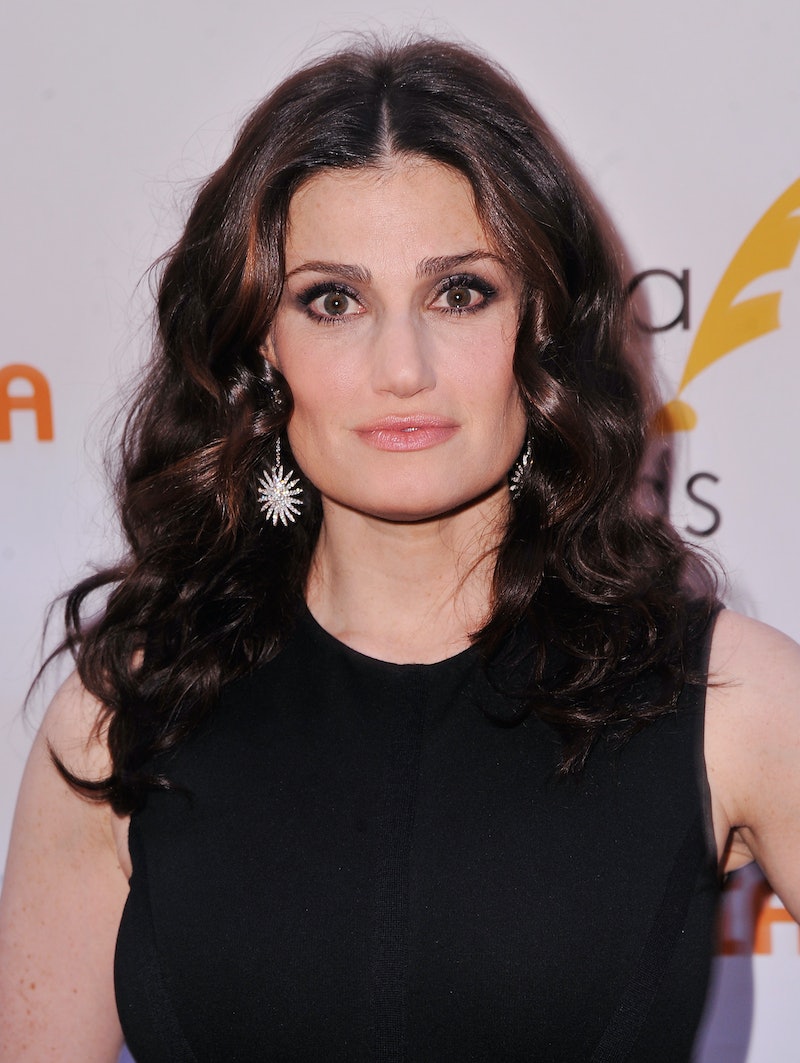 If Idina Menzel looked a little nervous before performing at Sunday's Tony Awards, it was understandable; the last time the If/Then star was about to sing at an awards show, John Travolta butchered her name in front of 43 million people. Yet despite a quick shoutout to Travolta's flub from presenter Jonathan Groff, Menzel's moment at the Tonys went off a lot smoother than her Oscars performance, although to be honest, it was a bit disappointing knowing it wasn't about to be turned into a name-generating meme.

At the Tonys, Menzel, a nominee for Leading Actress in a Musical, took the stage to perform "Always Starting Over" from her hit musical, If/Then. A Broadway veteran and past Tony winner for Wicked, Menzel predictably killed it, giving an emotional, hugely impressive performance. For anyone who's forgotten what it's like to hear Menzel sing anything other than "Let It Go," Sunday's performance was a big reminder that her home is on Broadway — and man, can she sing.

No matter how good Menzel's rendition of the If/Then song was, fans were more focused on waiting to find out if she'd be coming back onstage later in the night to perform songs from a different musical — Wicked, the show she's best known for and whose current cast is set to appear on the show to celebrate its tenth anniversary. Let's cross our fingers that Menzel is back onstage before long, because it wouldn't be a real tribute to Wicked without the show's original Elphaba there to belt out "Defying Gravity."

Check out Menzel's performance below:

More like this
An Ultimate Guide To The Music Of 'Rap Sh!t'
By Brad Witter
How Lady Gaga & Adele Are Closer To The EGOT All Of A Sudden
By Jake Viswanath
HSMTMTS Season 3 Will Give Olivia Rodrigo’s Nini A “Proper Sendoff”
By Brad Witter
Bridgerton’s Simone Ashley Stars In ODESZA's "Love Letter” Music Video
By Radhika Menon
Get Even More From Bustle — Sign Up For The Newsletter