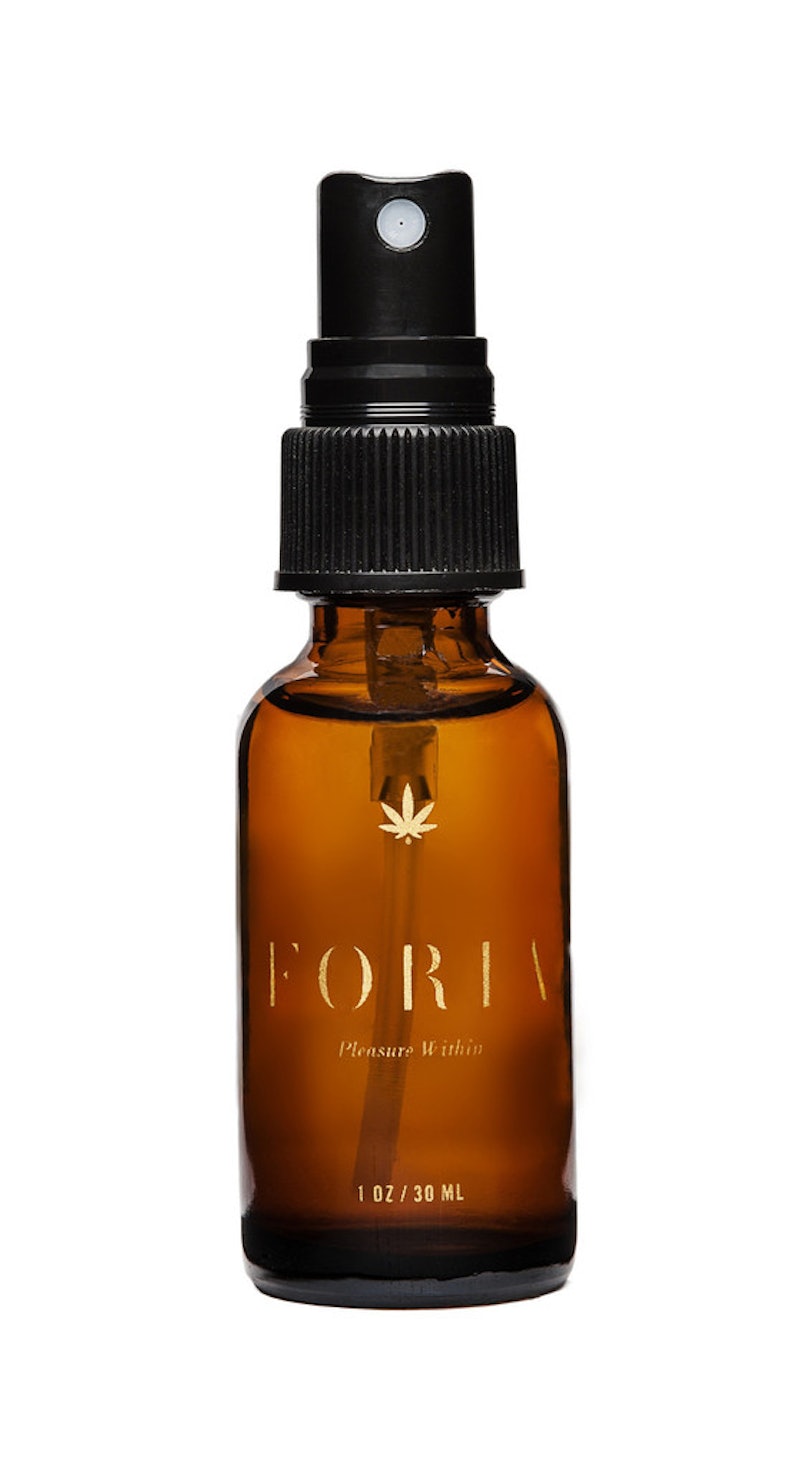 I live in Colorado, so I understand that some people have the impulse to put pot in everything (though if people could also know what they're doing before dabbling — looking at you Maureen Dowd — that'd be great). But even I was a little surprised to hear about the latest pot product, Foria cannabis lube. Yes, lube. Yes, as in exactly what you're thinking of.

Thanks to the pot pleasure company, you can now get lubed up and blissed out using a special formula made from coconut oil and cannabis oil. And apparently this product really can get you pretty high — the membranes in and around your vagina are very absorbent, so the THC in the oil is pretty much guaranteed to work its way into your blood stream. But since Foria embraces the idea of cannabis as an aphrodisiac, they see this as a really good thing.

All I can say is that pot might be an aphrodisiac for some people, but in my hypothetical personal experience it mainly makes you more drawn to baked goods than boys. But hey, who knows?

If you're looking to get in on some of this sexy marijuana lube goodness, though, you might be out of luck. Apparently the products are only offered in California to people with a physician's recommendation. If you are one of the lucky few with a prescription for stoner lube, a full size bottle will cost you about $88. But since some of the testimonials on the website claim that the product allowed for multiple orgasms within 15 minutes, maybe that's not such a high price to pay?

Ridiculousness aside for just a moment, it is interesting that Foria seems to be marketing the lube, in part, as a way of treating female sexual problems. Their website describes it as a "therapeutic sensual enhancement oil designed for female pleasure." Now, in part this might just be because it's California, so if there isn't a medical angle, there's no way for a doctor to justify a prescription. But taking a less cynical route, it might be that this product actually does have therapeutic effects, which would be really cool.

Although there are more than enough products designed to treat male sexual dysfunction — including penis pumps that are sponsored by Medicare — when it comes to sexual dysfunction in women, there aren't any drugs available. In fact, recommended treatments include things like "try counseling" and "pursue a healthy lifestyle." Next time a guy goes to the doctor wanting some little blue pills, I think they should tell him to try counseling instead.

If Foria's new cannabis lube really does have the therapeutic benefits it claims to have, that could be huge. And, you know, really funny because the pharmaceutical companies have been whining that it's too hard to figure out a treatment, the stoners went out and just did it.

But for the moment, an even more important question: who, for the love of Bob Marley, are their product testers? They brag about having them, and I want to know who gets to have that job.