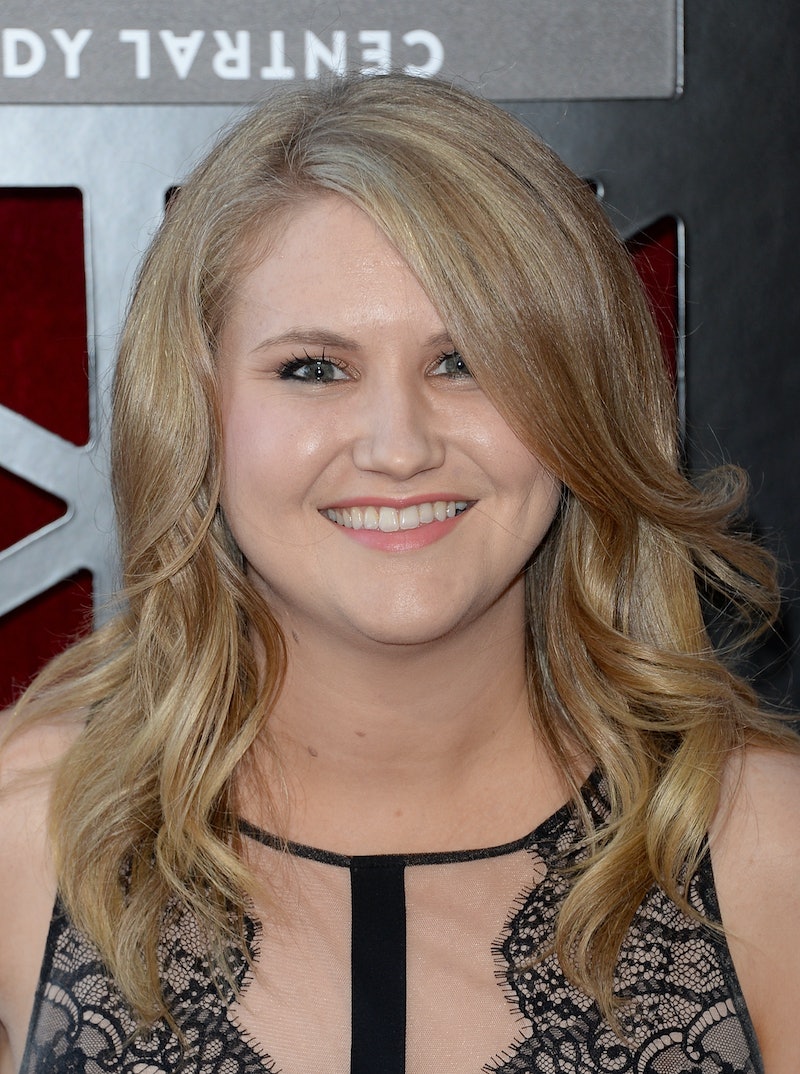 Phil Lord and Christopher Miller's comedy sequel 22 Jump Street earned a whopping $60 million at the box office over the weekend (and, oh gee whiz, wouldn't you know it, women like to go see all kinds of movies) thanks to strong reviews and moviegoers who were eager to revisit the buddy cop antics of Channing Tatum and Jonah Hill. And while critics and audiences alike were pleased with the return of Tatum and Hill (not to mention their fellow 21 Jump Street co-stars Ice Cube, Dave Franco, Rob Riggle, and Nick Offerman), it was a newcomer to the franchise who stole the show: comedian/writer/actress Jillian Bell. (Mild 22 Jump Street spoilers ahead.)

In the movie Bell plays Mercedes, a college student weary of the age of her dorm mate Maya's (Amber Stevens) hookup Schmidt (Hill). When Mercedes isn't creepily watching them from her bed across the room, she's slinging some seriously cutting zingers about how old Schmidt looks. Bell's line delivery is impeccable throughout the entire movie and, during a riotous spring break sequence, she and Hill engage in one of the most uproarious fist fight scenes you've ever seen on film. (Let's just say it involves some incredible misunderstandings about wanting to kiss during combat.) As leads, Tatum and Hill may be the ones on the poster, but Bell walked away as the breakout star. Hell, even Hill himself would agree with that sentiment.

If Bell looked familiar to you while you were watching 22 Jump Street, that's because the Groundlings vet has been making you laugh your butt off for the past few years. Bell — who was a writer on Saturday Night Live from 2009 to 2010 (she, along with her cohorts, earned an Emmy nomination for Outstanding Writing for a Variety, Music or Comedy Series) — is perhaps best known for her TV work on comedies like Workaholics, Eastbound & Down, and Curb Your Enthusiasm. (When you think about it, it's really no big surprise that Bell was able to hold her own in the male-dominated 22 Jump Street: she's been kicking ass in the boy's comedy club for quite some time now.)

The up-and-coming star, who has proven herself to be as versatile on the big screen as she has been on the small screen (in addition to parts in comedies like 22 Jump Street and Bridesmaids, she also took on a dramatic role in Paul Thomas Anderson's Oscar-nominated opus The Master, who she'll reunite with in the upcoming Inherent Vice ), is just as awesome off-screen, too. Bell — whose Twitter bio reads "A girl who loves halloween and hummus" (instant cool girl cred in our book) — has been thanking her well-wishers from Questlove to Taran Killam after 22 Jump Street's big opening weekend. But even before Bell's gracious responses regarding 22 Jump Street, she's already been awesome on the social networking site, giving kudos to fellow ass-kicking, scene-stealing actresses like Louie 's Sarah Baker.

Simply put: she freakin' rocks. Now, whether or not Bell (who seems like a total down-to-Earth delight in interviews, like her recent one with Cosmo) winds up in any of those possible 22 Jump Street follow-ups, considering she has her own upcoming television series Idiotsitter and will appear in the eagerly anticipated Goosebumps movie, she won't just be taking this hit franchise by storm, but all of Hollywood.