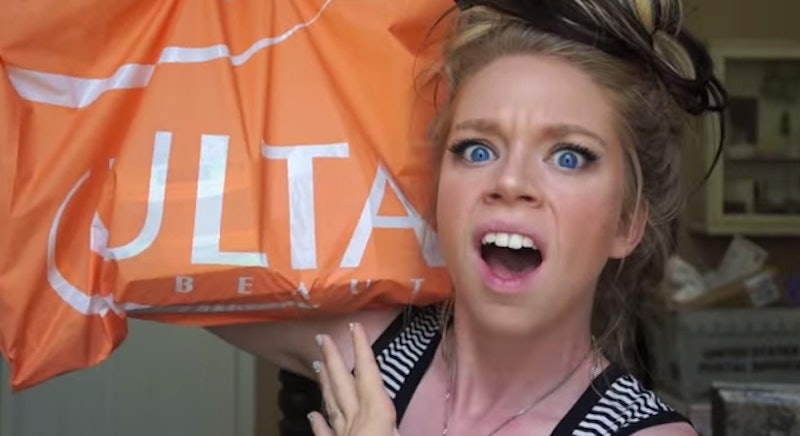 If you've ever watched an infomercial and wondered if the product actually performed as perfectly as the commercial demonstration displayed, you should probably check out YouTuber Rachel "Bunny" Meyer. She's also great if you're into fashion, beauty, paranormal experiences or lots and lots of sweet tea (she's famous for her "tea vlogs"). Meyer refers to herself as grav3yardgirl, and lovingly calls her fans the Swamp Family — oh, and she also happens to be one of the highest-paid Youtube fashion vloggers.

Last week the world was pretty shocked (and maybe just a teensy bit appalled) to find out that style bloggers are capable of making six figures, and according to socialblade.com's knowledge of her ad sales, Meyer potentially nets $462,798. One of the most-loved series on her channel is "Does This Thing Really Work?," where she tests out if popular gimmicky products (like the hair donut to see if they are genuine.

The world of fashion blogging is certainly evolving to be more inclusive, but it's still largely ruled by a majority that includes a traditionally feminine angle of beauty. She is a major player in the ever evolving and increasingly more technological world of beauty. Meyer has her share of dresses, red lipstick and heels, but she also loves tattoos, creepy old dolls and making outrageously funny faces. What makes her uber-popular? She's a weirdo. She's loud, super into ghosts, and pretty (those baby blues are out of this world) but not in any traditional sense of the word. She's a breath of fresh air in a world dominated by one image. She started her channel focusing on her paranormal experiences, but made the transition into fashion and beauty — an unlikely pairing that makes her feel even more relatable. Meyer was previously a fashion designer, but after a car crash she found her solace in the Youtube community. If you're new to Meyer's channel, these five videos will serve as the perfect introduction to her channel. Get ready to be totally addicted.