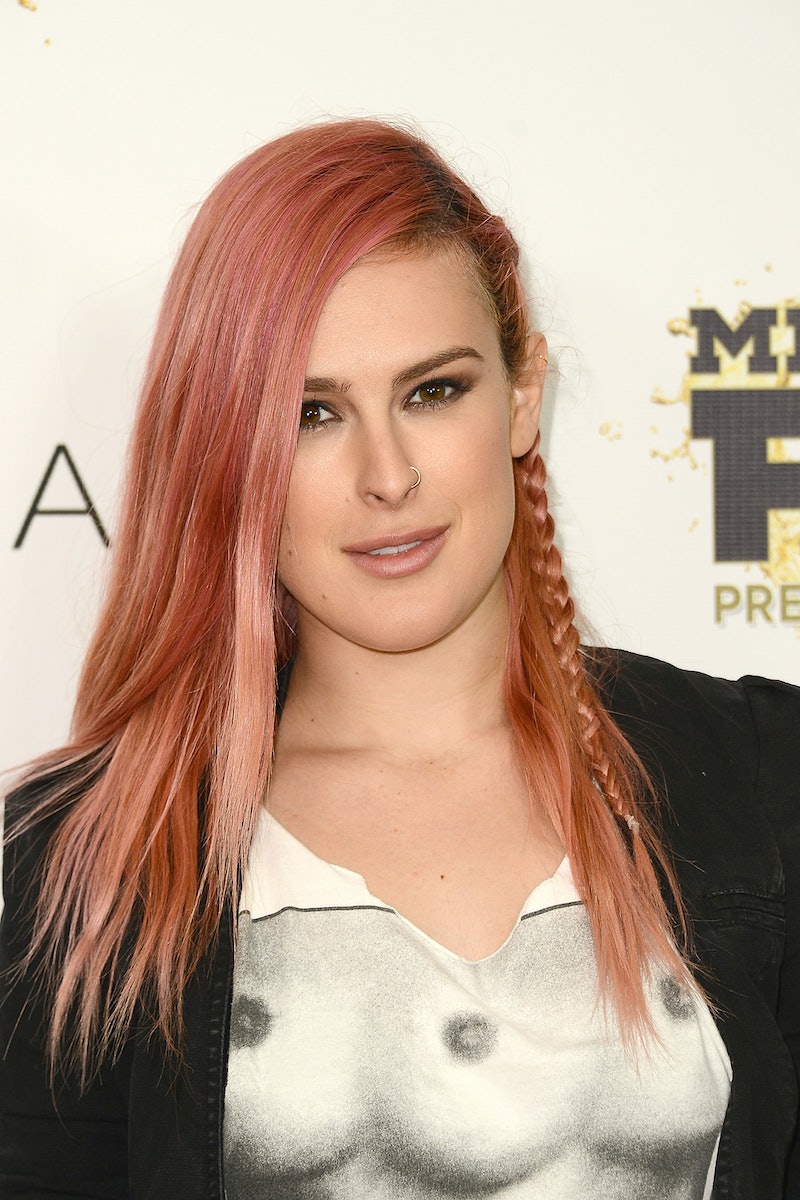 For a few weeks now, Scout Willis's "Free the Nipple" campaign has been gaining traction. It's a pretty brilliant way to call out the hypocrisy of Instagram and other websites not allowing images of the female nipple to remain online while photos of topless men stay up without being criticized. I mean, we're talking about the exact same area of the body! But because women are evil seductresses whose bare breasts will bring on the end of civilized society, we gotta keep 'em covered.

During a "Free the Nipple" fundraiser event, held on Thursday, June 19th, Scout's older sister Rumer Willis sported an of-the-moment t-shirt featuring three freed nipples. I can't really picture a better way to represent the cause/poke fun at the squares who are afraid of a little boob. The t-shirt also illustrates Rumer's support of her sister, who recently hit the streets of NYC topless to protest Instagram's sexist nipple policy.

Rumer had nothing but encouraging words for Scout and her (very important, in my opinion) project:

I haven't gone around with my tits out, yet, but I'm just a huge supporter of my sister and I'm very proud of her for standing up for what she believes in. When you get so much attention from the time you're a young kid — and people, unfortunately, for so long give you so much negative flack — the fact that she was able to turn it around and use it as such a positive force and make a real change is awesome.

Willis actually managed to make the triple-breasted t-shirt look pretty cool by pairing it with a black jacket and floor length black skirt, plus a heavy dose of pink hair. More power to both Willis sisters as they fight to combat everyday sexism!