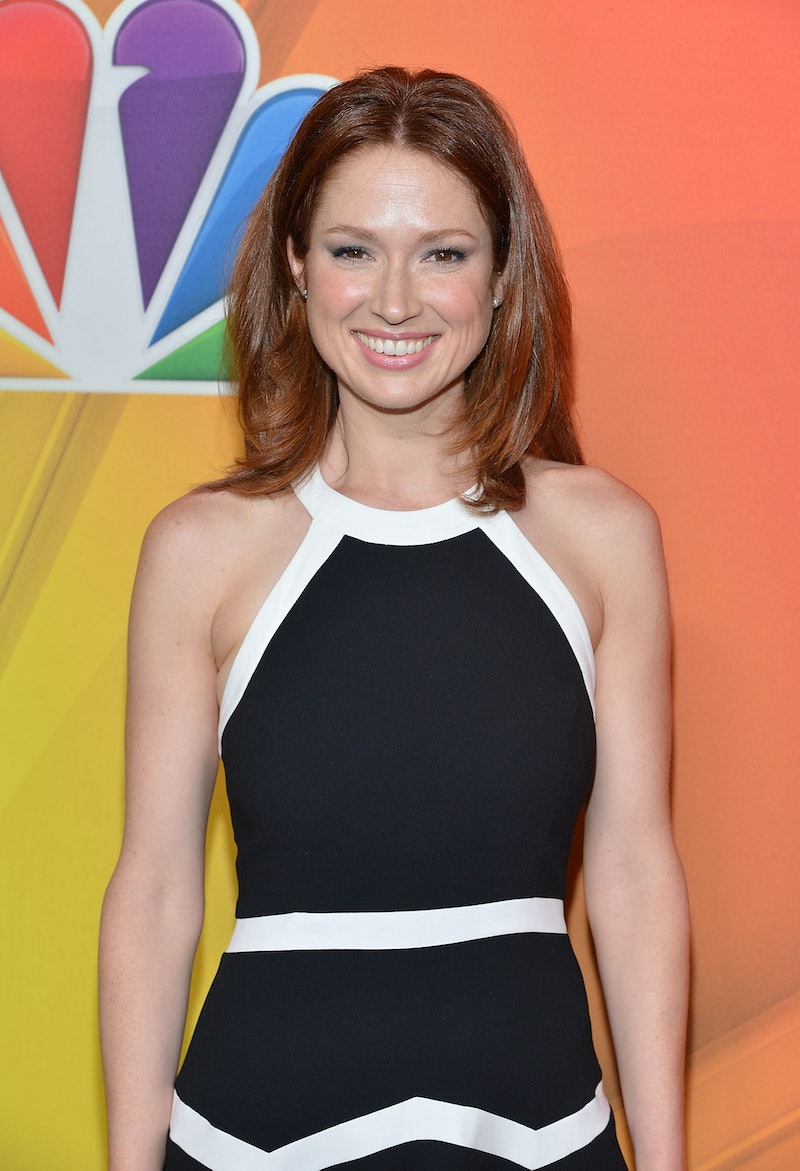 Ellie Kemper has a lot to be happy about. The former star of The Office, also known for her roles in Bridesmaids, The Mindy Project, and 21 Jump Street, has a small but crucial role in the hilarious romantic comedy parody They Came Together, starring Paul Rudd and Amy Poehler and an even more exciting project ahead. Starting this fall, Kemper will star in Unbreakable Kimmy Schmidt, an NBC comedy produced by Tina Fey and Robert Carlock, the team behind 30 Rock, co-starring another 30 Rock alumni, Jane Krakowski. In a recent interview with Bustle, Kemper talked about how much she's looking forward to the series, and we feel the exact same way.

"We filmed the first episode in March and we’ll start up again in August, and I can’t tell you too much because we haven’t, you know, done so much yet, but the writers are so hard at work and I’m excited," Kemper says at the New York premiere of They Came Together. "I feel like there’s a big Christmas gift awaiting me.” Though there's no official premiere date yet, hopefully fans won't have to actually wait until Christmas to finally see Unbreakable Kimmy Schmidt.

As if the talent behind the series wasn't already impressive enough, Unbreakable Kimmy Schmidt's premise gives it even greater potential. Kemper will play the titular Kimmy, a woman who is rescued from a cult and decides to move to New York City to see what she's been missing. According to NBC's description, the show will also have Kimmy work as a nanny for a family on the Upper East Side and rent a room from a guy who works as a robot in Times Square but dreams of being on Broadway.

Like 30 Rock, Unbreakable Kimmy Schmidt will actually be filmed in New York, something else Kemper is thrilled about, among many other things. When asked if she's excited to return to TV, Kemper says, "Yes! Yes, I am. And I’m excited to be working with these two phenomenal people and also to be in New York!"

With that talent, premise, and enthusiasm, how could you not share Kemper's excitement? In a TV season that seems filled with many promising female-driven series, Unbreakable Kimmy Schmidt has already managed to stand out.