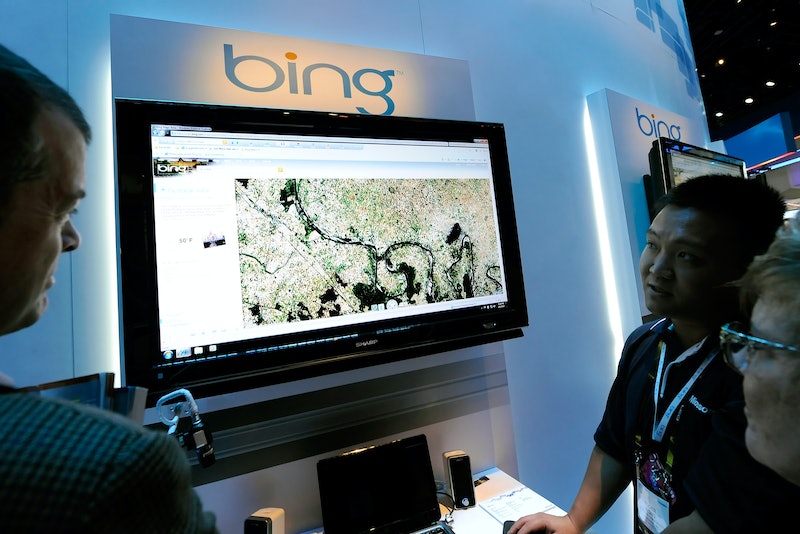 And here's what you get from Bing:

Overall, between the search results, the video preview feature, and the fact that it seems to be way easier to turn off safe searching, Bing does seem to be better at bringing you porn. But really that's not so surprising – it's actually the sort of thing I'd expect from a search engine whose commercials strongly suggest Google-related daddy issues. No, the surprising thing is that Bing actually did beat Google at something. Who would have ever guessed it? I mean, I know that Bing is the world's third most popular search engine and all, but since that still means they're losing to Yahoo, that isn't saying much.