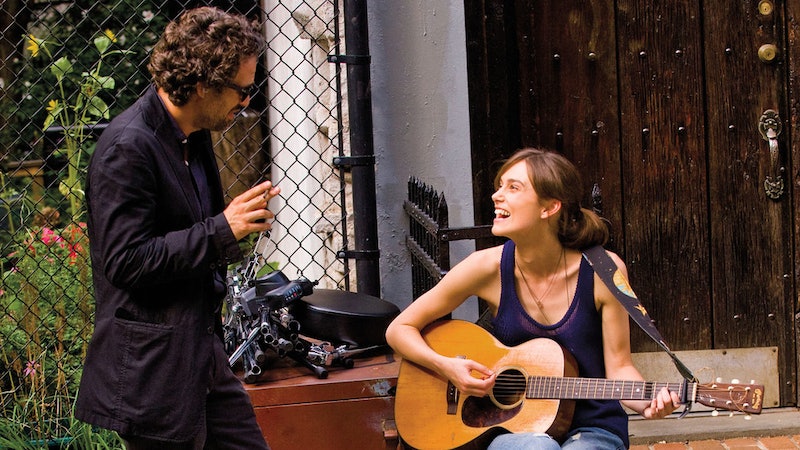 Of every entertainment genre that exists, not one is more consistently enjoyable than the movie musical, the song-filled, sing-along ready film loved by children and adults alike. Sure, there can be boring dramas, unfunny comedies, and repetitive action movies, but when it comes to the movie musical, it's practically impossible to make the final product anything less than fantastic. To be clear, we're not talking about the actual quality of the film; no one here is arguing that Mamma Mia was an Oscar-worthy masterpiece. But in terms of pure, unabashed enjoyment? No genre succeeds as frequently and satisfyingly as the movie musical.

And thankfully, this summer's slate of films promises a whole bunch of them, including a few that are already in theaters: Begin Again , featuring the vocal stylings of Keira Knightley and Adam Levine, is out this week, and Jersey Boys , based off the Broadway musical, was released back on June 20. So for those of us who love nothing more in our films than the experience of sitting back and singing along, it turns out we're in luck; already, summer 2014 is all about the movie musical. Everything you need to know about the most ear-pleasing films of the next few months:

About: The creation, success, and break-up of the real-life musical group The Four Seasons, a 1960's rock 'n roll band.

Music aside, worth seeing? Eh. Jersey Boys has gotten middling reviews, and is likely to leave theaters as quietly as it came to them. Still, it could be fun.

About: The friendship and musical collaboration between a young singer-songwriter (Keira Knightley) and a struggling record exec (Mark Ruffalo), by the creator of Once.

Singing by: Keira Knightley, with a surprisingly strong voice, Adam Levine, and Cee-Lo Green, albeit just for a few seconds.

Music aside, worth seeing? Definitely. Begin Again is a lovely little movie, with great acting, a strong script, and characters you can't help but root for.

Good for: Everyone who still can't get "Falling Slowly" out of their heads.

About: A day in the life of The Beatles; the 1964 classic has been restored and will play in more than 50 cities over Fourth of July weekend.

Music aside, worth seeing? Without a doubt. Even those who've watched the movie dozens of times will enjoy seeing it restored, and newer fans will get to see The Beatles' best movie in the environment it should be viewed in: a movie theater.

Good for: Beatles fans, of course, but really, anyone who enjoys a good old fashioned movie musical.

About: A struggling actor (Zach Braff) who, at 35, begins to re-evaluate his life. Okay, this one isn't a real movie musical, but it does have a pretty incredible soundtrack.

Music aside, worth seeing? Most likely. Garden State was a millennial-loved classic, and judging from those trailers, Wish I Was Here will be a satisfying follow-up.

Good for: Hipsters; Pitchfork users; everyone who's just remembering that they backed the movie on Kickstarter last year.

About: The life of James Brown (42's Chadwick Boseman).

Music aside, worth seeing? We'd say so. Musical biopics are usually great, and Boseman should be fantastic in the lead role. Plus, any movie that reunites Viola Davis and Octavia Spencer is a win by us.

About: Yes, we're counting dance movies. The fifth Step Up revolves around a high-stakes Las Vegas dance battle, bringing together most of the casts from the prior films.

Singing by: Past Step Up movies have included songs by Ciara, pre-scandal Chris Brown, Justin Timberlake, Jessie J, and Jennifer Lopez, among others, so All In could really have anything.

Music aside, worth seeing? That depends how much you like dance movies. If you're really committed, go, but if you don't mind watching Flashdance for the 100th time? Do that instead.

Good for: Pre-teens; dancers; those still holding out hope for a surprise Channing Tatum cameo.

More like this
'Girls Trip 2' Will See Our Fab Four Enjoy An International Adventure
By Maxine Harrison
The Jonas Brothers' New Album Has A Very Meta Name
By Alyssa Lapid
This Girls Aloud x Sugababes Collab Still Hits All The Right Notes
By Sophie McEvoy
The Spice Girls Are Set To Reunite At King Charles III’s Coronation
By Sam Ramsden
Get Even More From Bustle — Sign Up For The Newsletter
From hair trends to relationship advice, our daily newsletter has everything you need to sound like a person who’s on TikTok, even if you aren’t.