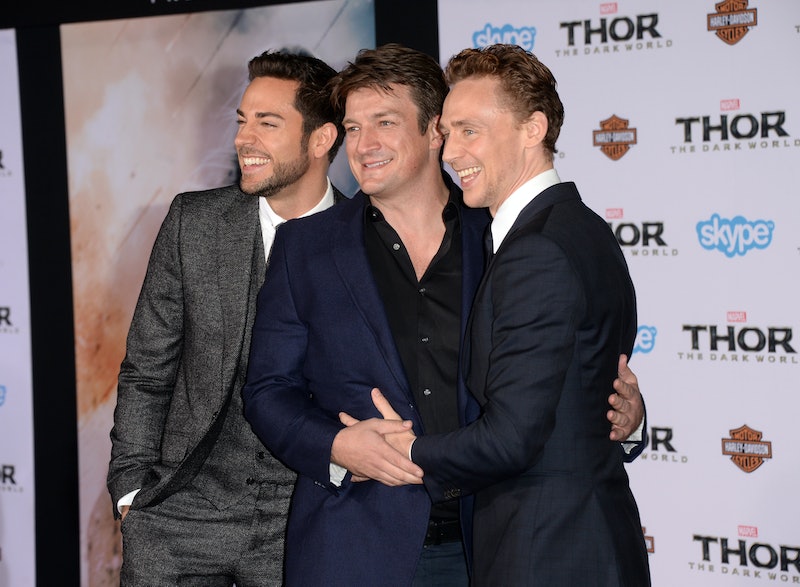 Well, here we are again. It's the middle of the week and I've been staring at Tom Hiddleston's face for hours. Have you? If not, why not? It's a great face, and sometimes it says great things. Tom Hiddleston has no doubt blown up over the past couple of years, Loki-ing his way into the heart of Tumblr and branching out from there with his pure thespian, Shakespearean, goofball Britishness. He and Benedict Cumberbatch should have some kind of summit and talk about the sheer number of collective hours the Internet has stared at their face and marveled over their existence.

It's no doubt Hiddleston's one of Hollywood's heartthrobs at the moment, so some days you just have to take a breather from the rest of your life and devote some time to thinking about the nuances of why that is. The answer seems simple enough: He's charming as hell (or heaven), and he's just so nice. So let's go through some of Hiddleston's best red carpet moments, shall we? They are many and varied, and sometimes you just need to interrupt your week by being infuriated at a stranger's seeming perfection.

That time he brought soup to a cold reporter

That time he offered his jacket to a cold reporter

Ok, someone needs to assign me to a Hiddleston red carpet right the fuck now.

That time he cried thinking about his last movie as Loki

The reporter pointed out he might never play Loki again after Thor: The Dark World and then this happened.

That time he danced with Zachary Levi

We can't even talk about this

When asked "What do you prefer being"?

Don't pretend you don't know what you're doing hanging with Nathan Fillion, Hiddles

You know what you're doing.

The Avengers press tour is something we should discuss more regularly

And he gets all philosophical and inspirational.

Love you, Tom. Love you.

More like this
Jennifer Coolidge Needs 'Legally Blonde 3' To Happen So She Stops Getting Hot Dog Jokes
By Jake Viswanath
Before 'Bullet Train,' Revisit These Brad Pitt 'Fight Club' Premiere Photos From 1999
By Grace Wehniainen
Twitter Is At Odds Over Taylor Swift’s Possible ‘All Too Well’ Oscar Run
By Brad Witter
Revisit 1992’s 'A League Of Their Own Cast' Photos After The New TV Series
By Grace Wehniainen
Get Even More From Bustle — Sign Up For The Newsletter