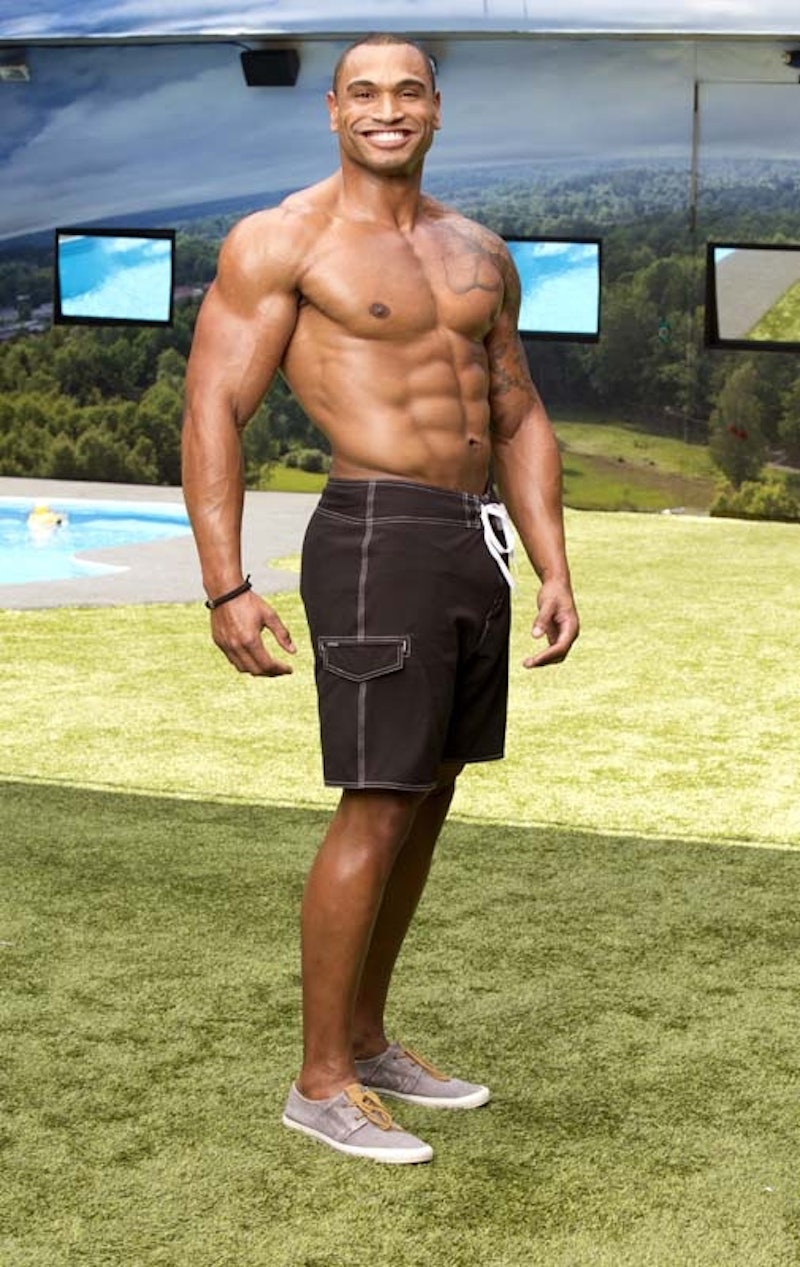 Wednesday night's episode marked the 15th day in the Big Brothe r house, which means that in just a little bit over two weeks Devin Shepherd has managed to become a bully, a menace, a manipulator, a liar, and now a paranoid backstabber. (It's almost an impressive feat.) Devin — who has been steamrolling the house with threats of the "Bomb Squad" and had Joey evicted for trying to form her own separate alliance — went against his own alliance and put up "Bomb Squad" member Zach. Mind you, this is because Zach told Devin that he wanted Paola gone instead of Brittany and others felt similarly. And, BRO, Devin was not having it.

The whole house is sick of Devin's dictatorship, but Zach and Caleb were the only ones willing to speak up for the rest of the housemates (particularly the women) who are too afraid to to say anything that might set him off. And literally anything sets this guy off, including Caleb's "love struck puppy" affection for Amber. I'm not entirely convinced Devin didn't think the lotion that was accidentally left in the kitchen was an undercover spy.

While Caleb managed to patch things up with Devin (for now), the trust was still lost with Zach. And, just as the cruel gods of Big Brother fate would have it, Devin won the outer space-themed veto competition.

Now, right before the competition the hotheaded Devin promised Paola he would take her off the block if he won as a means of threatening Zach. But after the competition, Brittany went for the gold and played the "We're both parents" card on Devin and he bought into it hook, line, and sinker. Paola stayed on the block, Brittany was taken off, and Zach was the replacement nominee, because he told Devin how he felt and also, presumably, because he is not a single mother of three.

Sigh. Not even the schadenfreude of watching Devin split his pants during the veto competition was enough to endure his mood swing decisions and rampant paranoia that's all but running this house so far.

That said, Zach (and most importantly, Zrankie) fans shouldn't fear for his fate too much regarding Thursday night's eviction. After all, Devin has already blown his "Bomb Squad" alliance to bits (they'll turn on him just as quickly as he turned on them) and it seems the houseguests were more eager to get Paola out, anyway. It was frustrating to watch Devin turn on Zach and so easily forgive Brittany, but it all just feels like he's laying the groundwork for his own eventual eviction.