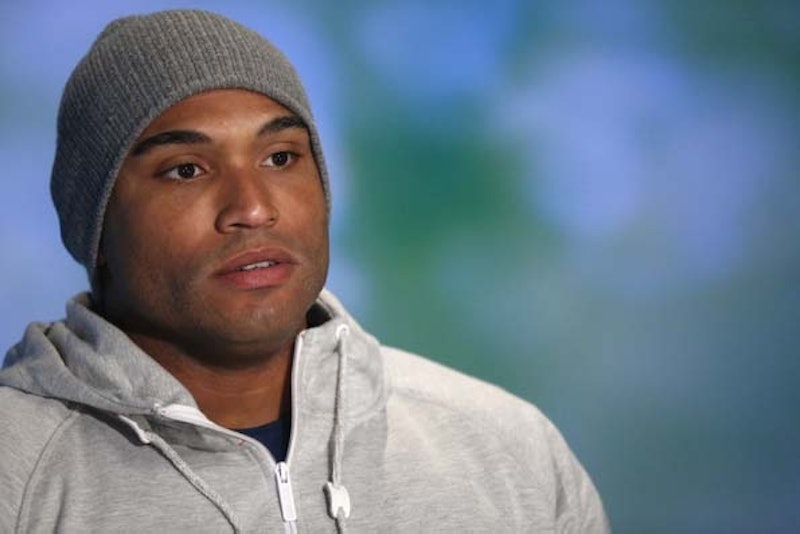 Only time will tell whether or not Big Brother 16 houseguest Devin and his crazy antics will make him one of the best or worst players in the reality competition's history. One thing is for sure: Devin is getting noticed, by his fellow houseguests and Big Brother fans alike, for his physical prowess, interesting strategic moves, and interactions with the other houseguests. But we've gone through too many seasons of Big Brother to know that when you get noticed, you often go home.

So far this hasn't been a problem for Devin. His knack for winning the HoH and Power of Veto competitions and manipulating the outcome of the Battle of the Block has ensured his safety for this week. He's been able to pick up new alliance members just as easily as dropping old ones. And he's very good at shedding a few tears to earn sympathy from the house just when he needs it most. While Devin's actions at first seemed like they would sabotage his game, it now looks like Devin is the most powerful player in the house. However, having Devin on your side doesn't seem to be that beneficial, either.

In short, Devin's just got to go. Here's six reasons why the other houseguests should evict him the second they get the chance.

To play Big Brother, you need an alliance member that has a healthy dose of skepticism, but Devin is so distrustful of the other houseguests, it has caused him to take unnecessary risks. Remember when he tried to get little old Donny evicted because he thought he was really a super military ninja spy outside of the house, or something like that? Keeping your sanity in the Big Brother house is hard enough without your alliance partner always in your ear about who's coming to get you.

Devin is playing so many people in the house right now, it's not even funny. He quickly turned on his first alliance partner, Donny, to join the much larger and potentially stronger "Bomb Squad." He went back on his word to keep Paola safe this week if she threw the Battle of the Block by using the Power of Veto to save Brittany. And he just nominated "Bomb Squad" member Zach for eviction. Remember when Devin said he would turn over a new leaf and play an honest game after winning HoH this week? Clearly, he doesn't even know what it means to play an honest game.

Out of all of the houseguests this season, Devin just seems to always find his way into an argument, be it with Joey, his supposed bro Caleb, or Zach. It's not only unpleasant to be around someone who causes so much conflict, but it also hurts your game to be associated with him or her. And what's his beef with lotion all about, anyway?

As a former pro baseball player and Dwayne "The Rock" Johnson lookalike, it's no surprise that Devin kicks ass at challenges. Winning both the HoH and Power of Veto competitions this week only solidifies Devin's status as a threat in the house. If the other houseguests want any chance of winning future competitions, and the whole game itself, it's best if Devin isn't there to compete against them.

Devin took charge of "The Bomb Squad" alliance in its very first week by enlisting Christine and Amber as its only female members without consulting the rest of the group. He's also shown this week how he can be gunning for a houseguest one minute and saving her the next. How can you possibly align with something who may or may not be a team player?

He's trying to break up "Zankie"

Zach is in danger of going home this week, thanks to Devin, and that means "Zankie," everyone's favorite showmance, may also soon come to an end. If this were to happen, I don't think we could ever look at Devin the same way again.