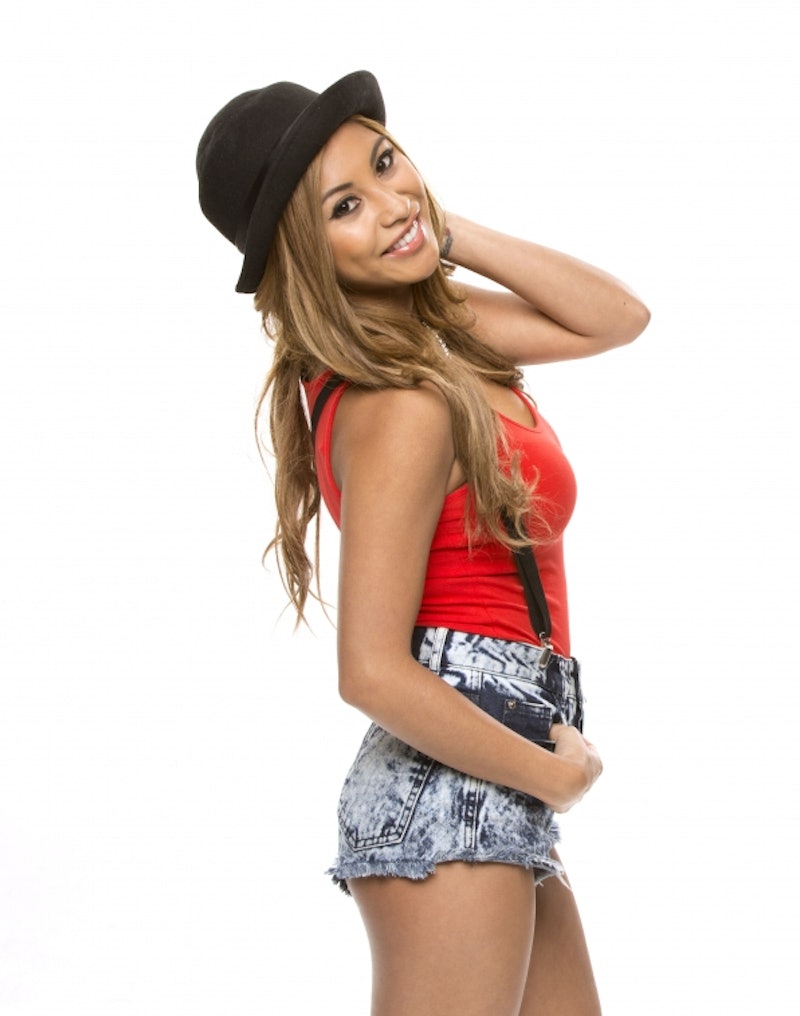 We all knew this was going to happen sooner or later. The floater with the mostest Paola was evicted from Big Brother during Thursday night's episode, taking her annoying black hat, acid wash jorts, and suspenders with her out the door. It seemed like this was the way the wind was blowing, with Paola nominated last week and many of the remaining "Bomb Squad" members organizing to keep Zach in the house. Paola wasn't really a threat, so her eviction will likely impact no one's game whatsoever, except for getting everyone one step closer to winning this thing. So good job, everyone!

I've already forgotten who got evicted tonight. Oh yeah, Paola. See, Paola made such a little impression on the house, it was kind of like a no-brainer to get her out this week if you're one of those people who doesn't like blood on your hands, which most of the houseguests are at this point. We're all well aware by now that Paola didn't win any competitions. The other houseguests keep reminding us of that. In fact, Paola threw last week's Battle of the Block competition after striking a deal with Devin to ensure her safety for the week, which backfired on her majorly. Just as an aside, houseguests, let's not throw competitions, all right? If you have a chance to take yourself off the block, you should always take advantage of that. "Expect the unexpected," and all that jazz. Ya dig?

Paola learned this the hard way and really screwed up her game. Not only did Devin not keep his promise to take her off the block, but it was later revealed to the whole house that she threw the competition, which made her sketchy sketch to everyone. See, even when Paola actually tries to do something other than be a floater, she's just not that good at it.

So Paola wasn't a strong player physically, socially, or strategically. By the end, it looked like her fellow houseguests had enough of "Pow Pow," anyway, and I'd have to second that emotion.

I just feel bad for Donny, who said Paola was his "best little friend here." Donny is the sunshine of our lives in the Big Brother house, and anything that affects his game is a concern to me. However, even he was willing to vote Paola out by the end, although he eventually didn't. Paola broke into tears when talking to Julie Chen about her friendship with Donny. She even brought his little faux NASA ID card that Donny wore during the space-themed Veto competition with her when she exited the house to remember him by. I'm just not so sure if by the time Donny leaves the Big Brother house he'll remember her, too.