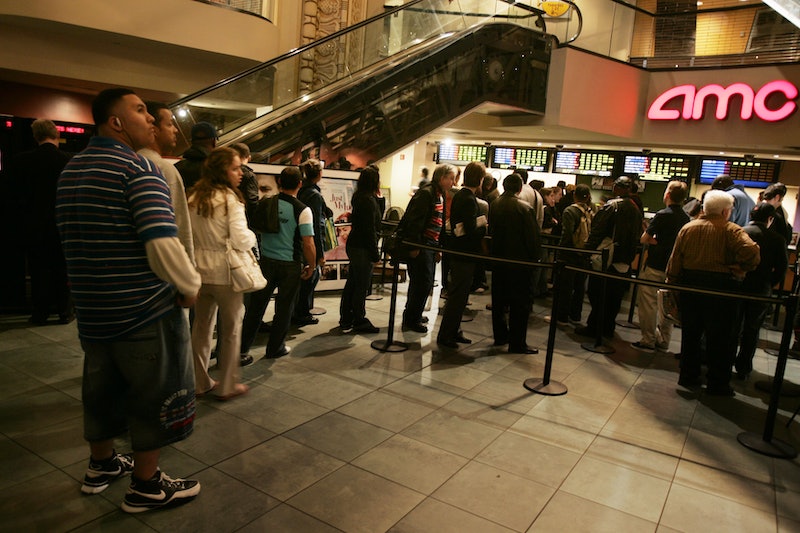 It's pretty easy to tell who Hollywood values as their primary audience. Hollywood seems to think they're usually white and often male, though cyclically Hollywood seems to realize that women and the general "black community" will shill out tickets as well. And yet it's not white dudes, or white women, or the black community who is doing the most movie-going these days — it's Hispanic women.

This is according to a new study published by The Wrap,for which 1,500 frequent moviegoers were polled, with "frequent" being defined as those who go to six or more movies per year. Of that group, Hispanic women over the age of 25 had the rest of the demos beat when it came to seeing the year's big movies.

As The Wrap writes, "they buy tickets for everything from The Fault in Our Stars and Maleficent to X-Men, Godzilla and Neighbors. And so, yes, this brings up the question of representation once again. Because, of all those movies, none of them are exactly brimming with a Hispanic presence anywhere but in the movie theater seats.

It's studies like these that serve as an interesting reminder of the realities of the gulf between the average American consumer and the average giant corporation churning out product for those consumers. In other words: They're not all that concerned with those consumers having a voice. If you combined this study with the one that said that female-driven films brought in more money than any other type last year, you'd think Hollywood would apply all this information to create a landscape in which females and Hispanics — maybe even female Hispanics! — were included more frequently and in more interesting ways on the big screen. All signs point to it bringing in the big bucks.

But hey, at least we've got mutant allegories and superheroes?

More like this
Emma Corrin Spoke Out Against “Clickbait” Headlines Surrounding Gender Conversations
By El Hunt
Yes, That's Lindsay Lohan's Sister Singing In The 'Falling For Christmas' Movie
By Radhika Menon
Keke Palmer Paid Tribute To "Other Half" Darius Daulton After Announcing Pregnancy
By Jake Viswanath
'The Holiday' Director Just Addressed *Those* Sequel Rumours
By Sam Ramsden
Get Even More From Bustle — Sign Up For The Newsletter