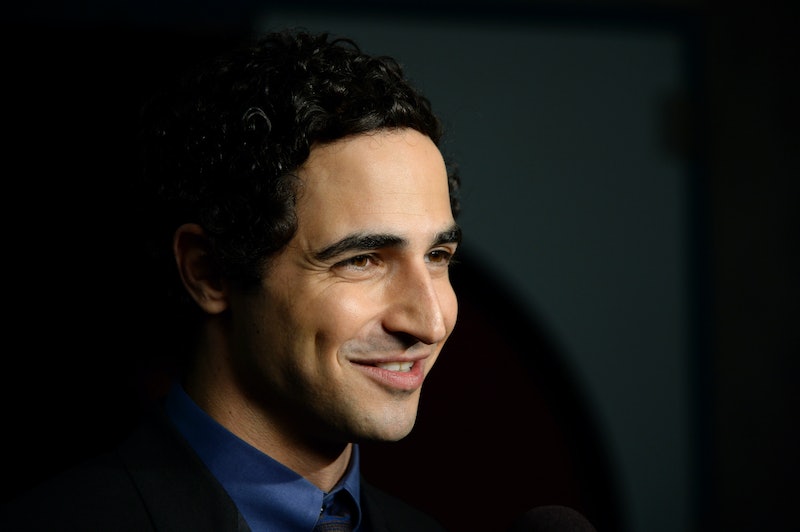 Reddit's "Ask Me Anything" series is a prime example of the Internet at its finest, bringing us closer to the celebrities and artists we admire with just the click of a button. Although Reddit can be a hotbed of Internet weirdness ("Cute Female Corpses" is a thread that exists), the "AMA" series tends to be fun and informative. The latest hotshot to take a turn on the message boards is fashion designer Zac Posen, who's Reddit "AMA" on Monday proved to be extremely insightful.

Posen is known for his breathtaking womenswear — what lady wouldn't want one of his evening dresses in her closet? As he states in his Reddit introduction, he has a doctorate in fashion, is a member of the CFDA, a judge on Project Runway, and a lifetime New Yorker. Posen is, to put it simply, kind of a big deal. That's why his Reddit "AMA" is so enjoyable, proving him both glamorous and down-to-earth. We love when major fashion players reveal that they are humans like the rest of us. Glamorous, painfully beautiful, and wealthy humans — but humans nonetheless.

So, what pearls of wisdom did Zac Posen bestow upon us lowly Internet dwellers? In case you missed the "AMA" (or shy away from Reddit to save your sanity), here are nine things we learned about the fashion designer from his Q&A session with the World Wide Web.

1. He would ban "adult hipsters" if he could

When asked which trends he would banish into the ether, Posen first diplomatically responded by saying he doesn't "believe in banning any trends" before, well, listing the trends he'd really like to ban:

Adult hipsters need to end. No flip-flops in an urban environment, they're unhygienic. And generally, affluent or "rich kids" dressing poor, dirty and disheveled is reverse snob-ism and quite frankly really boring. What else? Shoes that a woman can't walk in, atrocious... no, unforgivable... Too much public skin. If you're going to wear that much skin, you might as well become a nudist. But make sure to wear sunscreen.

Zac Posen begins his design process with something called "emotional interpretive draping," which sounds to me like the name of a Martha Graham choreographic technique. But the dance comparisons don't end there. "It's my dance with the human body, either alive or on a mannequin, fabric, and the themes of the season in which I'm working with, which are generally guided by the fabrications which we've chosen or created months in advance."

The designer revealed himself to be a huge musical theater nerd and described some of the roles he played on stage when he was younger, including an orphan in Annie, Sky Masterson in Guys & Dolls, Oliver and Dodger in Oliver, and Mister Mistopheles in Cats. That is quite the theatrical resume!

Intrepid Reddit user ricard0man asked Posen the question on all our minds, "What is a long lasting (about a week or so) meal that is easy to make and cheap?" When I think Zac Posen, I think of make-ahead dinner recipes. But, of course, the designer had a flawless answer for ricard0man: Soup!

Because with soup, you can continually add to it, so I think a great vegetable base is extremely versatile - it can start as something such as a consommé, and then you can add steamed vegetables (frozen or fresh - trying to be fiscally responsible here) - you can add protein sources (legumes, chicken, beef, seafoods) - and towards the end of the week, you can boil it down to make a stew or a sauce for pasta.

Although Posen has a design team, he makes sure that most of the products with his name on them also have his special touch. "But at the end of the day, almost every single thing that has my name on it has had my hand through it, either physically (chopping up muslins and taping them back together) or making form corrections (like on my new optical sunwear for men & women that I'm launching this September) [...] I actually have probably one of the smallest teams in design in New York."

Redditor McPick asked "Hi Zack, what kind of silhouette would you recommend for a big-busted, small-butted woman with a bit of a belly?" Posen's response was wonderful and informative, as to be expected, telling her that she needs garments with a well-defined waist, 1950's Dior New Look-style. At the end, he added "FYI: there's no K ;)" SNAP.

7. He loves the same designers you love

8. He's loyal to his friends

The designer refers to his core groups of favorite models as "The Zacettes" and says he's "very loyal" to the models he collaborates with. Is that like the Girl Scouts? How soon after I sign up do I get my Zacette badge?

"Well, something green, so I would biodegrade faster. Or be a quicker cremation patient. But maybe I'm sounding a little morbid. Probably an immaculate Japanese multi-course meal."

Even the fashion gods occasionally have to worry about death.