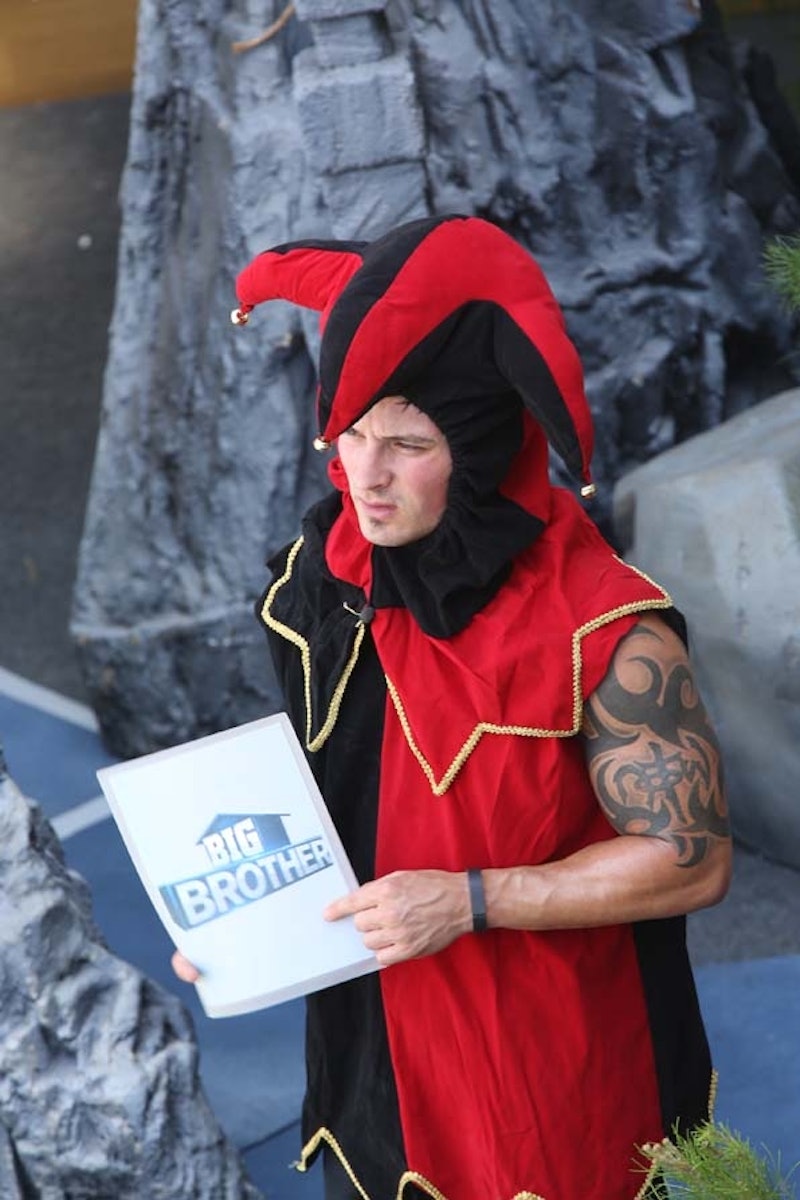 There's no denying it: Caleb Reynolds is the worst thing about about an otherwise pretty great season of Big Brother. I'm not saying he's the worst player (evicted houseguests Joey and Devin had far worse gameplay strategies) or even the most annoying (Frankie is quickly nabbing that title, and his housemates would probably agree), I'm just saying he's the dark cloud hanging over Season 16.

And that's all entirely because of his unsettling, downright invasive behavior and attitude towards Amber. Season 15 was plagued by racism and homophobia and it made for not only one of the worst years of Big Brother, but a sad state for reality television as a whole. While Season 16's cast is, thus far, proving to be a better group of people, Caleb is the rotten one of the entire bunch. His creepiness and misogyny has been an awful, infuriating state of affairs (it's painful to watch Amber feel scared or anxious or to have to explain time and again that her "no" means "no"), but hopefully it won't be the thing that defines this season.

While news has traveled out of the Big Brother house that America's sweetheart Donny has a plan to evict Caleb, it really can't come a moment sooner. Because in case the footage of the way Caleb treats and talks to Amber wasn't enough to make your blood boil, the live feeds on Twitter oughta do it. Take your pick between what appears to be Caleb watching Amber in her sleep or Caleb having the nerve to insinuate that Amber will be "truthful" with him about her feelings for him when they are outside of the house.

Disgusted enough? Because there's also this tweet courtesy of Big Brother Network, in which Zach tells Cody and Frankie that Caleb once proposed a date to Amber "if she ate a little banana."

Of course she said no! You got that, Caleb? She. Said. No.

And, look, it's good news that Caleb's housemates are starting to align to try and get him evicted, but it shouldn't just be for gameplay reasons at this point. They should be genuinely horrified by Caleb's behavior and send him packing back to the real world. Season 16 of Big Brother will be better for it, and so will all of us watching.

More like this
When Was 'Bling Empire' Season 2 Filmed?
By Alyssa Lapid
Kourtney & Travis Crashed His Daughter’s TikTok Live In Their 2nd Wedding Outfits
By Grace Wehniainen
There's One Big Reason Bru & Alyssa Aren't Dating After 'The Circle'
By Gretchen Smail
Everything To Know About 'RHONJ' Season 13
By Brad Witter
Get Even More From Bustle — Sign Up For The Newsletter