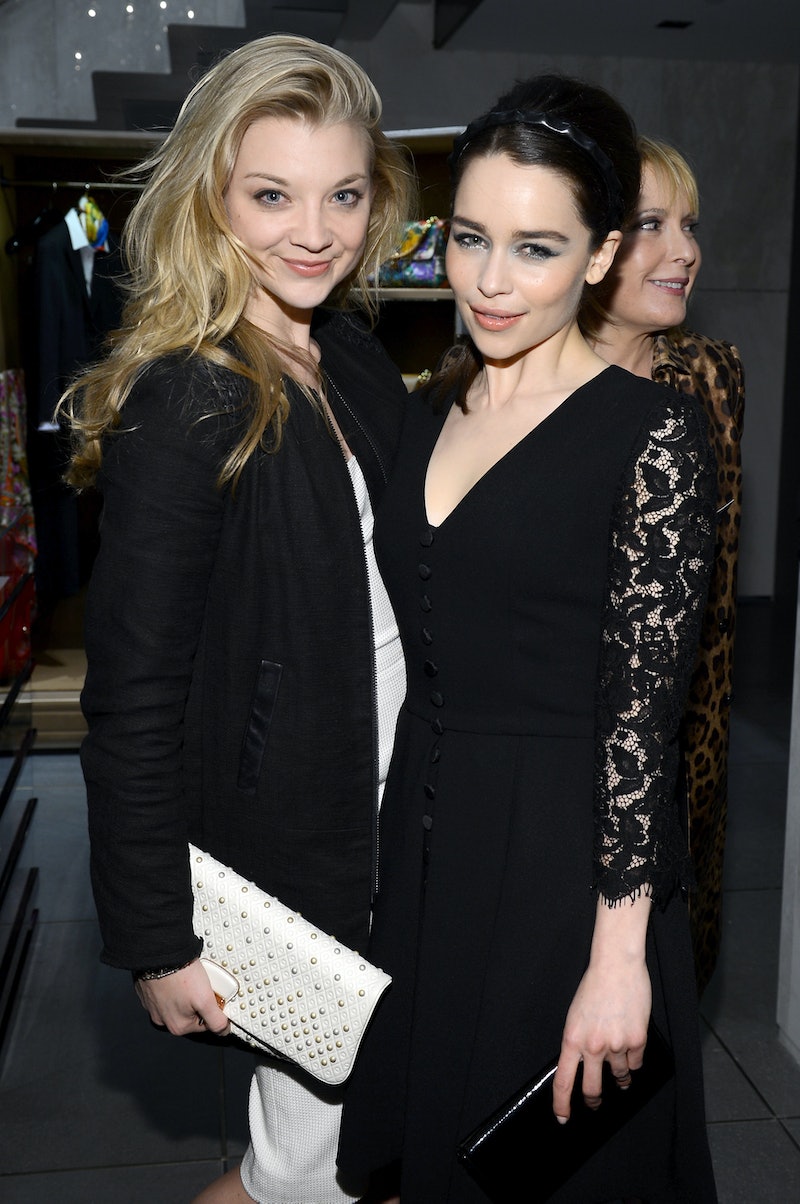 Over the last few days, a lot of cool things have come out of Comic-Con: a new look at Batman, the first poster for Ant-Man , surprise appearances by Christopher Nolan and Matthew McConaughey. It's all been exciting stuff — and it's also been entirely about men, at least if headlines are to judge. Hardly any of the news that's come out of the event has revolved around women, despite plenty of them attending Comic-Con either as fans or special guests. And, considering how much ladies like Game of Thrones' Emilia Clarke and Orphan Black's Tatiana Maslany contribute to the craziness that is Comic-Con, it's a real shame they're not getting any of the credit. Where's the female superheroes? Where's talk of the aptly named "Women Who Kick Ass" panel? And what about that Buffy viewing that always happens?

The women of Comic-Con simply aren't being talked about as much. So let's rectify that situation, because a) it's 2014, and this is ridiculous, and b) there's nothing cooler than a whole bunch of talented, badass women coming together to promote feminism and support one another, especially at such a popular, influential event. Here's what the women of Comic-Con were up to during this year's convention:

No surprise here, Orphan Black's Maslany was one of the busiest people at Comic-Con this year. The clone-playing actress appeared at four different events: an Orphan Black panel, featuring the show's entire cast and producers; "Conversations for a Cause," a charity event; "Women Who Kick Ass," an EW-hosted panel also featuring the women of Game of Thrones and Sons of Anarchy; and a Clone Club meet-up that included "Cosima makeovers" and a "Helena Buffet."

The Women of Game of Thrones

Retta was a member of the "Fan Favorites" panel, which is great, but let's be real, the Parks & Rec scene-stealer deserves her own event. Just picture it: a "treat yourself" gift shop, a contest for best live-tweeting, a meet and greet with Ginuwine...

Thursday offered a panel called "Female Heroes: Then and Now," a look at the progress made (or lack thereof) regarding women's representation in comic books over the last 25 years. The creators of Heartbreakers, Painkiller Jane, Bioshock: Infinite, and other comics joined forces to shed light on the industry's major problem with sexism in an eye-opening discussion. In another comic-centric panel, "Strong Female Characters," industry leaders like Bandette's Colleen Coover and Power Girl's Amanda Conner come together to celebrate some of comic books' most feminist creations.

The Sons of Anarchy star (left) appeared alongside the cast and crew of her show at a panel and Q&A, and also participated in — what else? — the "Women Who Kick Ass" panel.

Like usual, the famous "Once More With Feeling" musical episode of Buffy showed during Comic-Con because the Buffy love never dies.

The Women of American Horror Story

For the first time, the cast of American Horror Story — Kathy Bates, Angela Bassett, Sarah Paulson, and Emma Roberts — came to Comic-Con. In addition to a retrospective panel on the show's most recent year, secrets from the upcoming season were revealed.

Warner Bros. revealed the first photo of Gal Gadot (center) as Wonder Woman in Batman v. Superman, which is a pretty big deal considering how crazy it is that a movie has finally decided to show the comic world's biggest female superhero alongside her male counterparts.