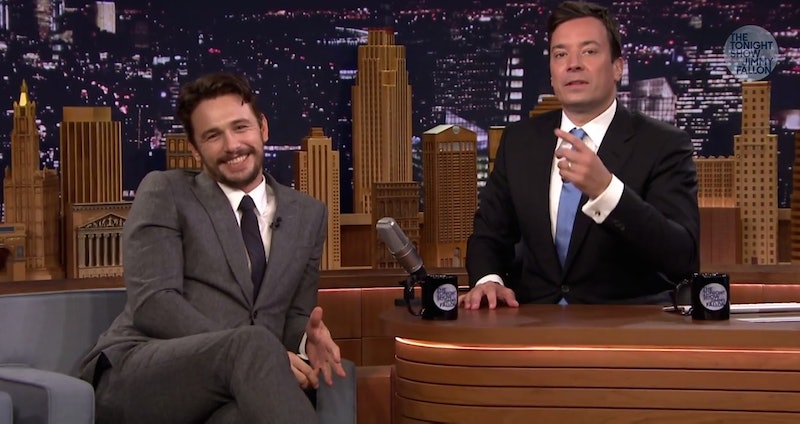 Even if you're not James Franco's biggest fan following his attempt to hit on a 17-year-old tourist girl (or following those heaps of strange, almost too-much selfies, either way), you've gotta admit — the dude was kind of hilarious and, dare I say, endearing during his appearance on The Tonight Show Starring Jimmy Fallon last night. Along with host Jimmy Fallon, James Franco played "5-Second Summaries" on the episode, and, in addition to proving that he's an entertaining interview to watch, Franco proved that:

A) He does not know anything about movies despite starring in a whole lotta them, and,

B) He does not know that you cannot say the word "f**k" on network television. Oh, James.

(But seriously, how did he not get Toy Story?)

Check the clips below.