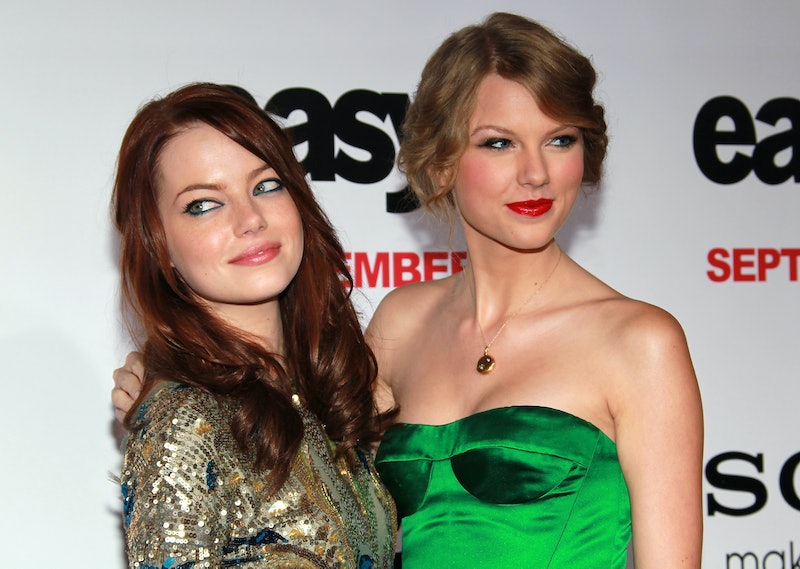 Earlier in July we had National Lipstick Day, followed by National Friendship Day. What's next, National Shorts Day, where everyone is required to wear short-shorts? I mean, who knew there were so many days of the year to celebrate? Not that I'm complaining; I love friendship, and I love lipstick even more.

No, but in all seriousness, friendship really is an important thing to celebrate (though not quite as important to me personally as celebrating Harry Potter's birthday and the aforementioned National Lipstick Day). And what better way to celebrate than clothes? So, with that in mind, I've compiled a brief list of the top ten most fashionable BFFs — both real-life and fictional. The list spans from off-the-air old fashion favorites like Ugly Betty, to the real-life fashion stylings of British socialites — and everything in between.

Disclaimer: Taylor Swift is on this list twice. Because of the volume of fashionable friends she has, I decided to let her make a double appearance — in fact, it was actually hard not to have her take all top ten spots. I mean, take a look at her friend roster: Karlie Kloss, Selena Gomez, Lorde, Lena Dunham, Emma Stone, Jennifer Lawrence, Sarah Hyland... and the list fashionably goes on.

Beltable-pop and avant garde-fashion... maybe it's a match made in heaven?

Ugly Betty was delightfully soapy, and Marc and Amanda were two of the most stylish characters on the show; I miss them! (Though I'm still kind of mad that — SPOILER ALERT — Betty and Daniel end up together in the end).

Not only are they super-fashionable, they actually wear clothes that are accessible to their age group — they often wear pieces from stores like Urban Outfitters, H&M (which is especially fitting, now that Ashley Benson is the face of H&M Divided), and even Target.

Speaking of which, these two have an adorable friendship on and off screen (as evidenced by their decadent, weeklong joint trip to Hawaii).

Their combined Brit it-girl style know-how is kind of staggering.

Two of the most lovable celebrities around — and they both seriously know their way around a red carpet!

They've had their ups and downs, but really when it comes down to it, they're the chicest on the Upper East Side.

3. The Gals of Sex and the City

Does it even need explaining?

How cool is it that three of Britain's top supermodels are actually best friends? They model together:

Taylor and Karlie have spent so much time together that they've become almost indistinguishable — and does it get any more fashionable BFF-y than makeup primping pre-Met Gala? I don't think so:

Okay, photobombing each other in Oscar de la Renta on the Met Gala red carpet might be even better:

Either way, I'm calling Taylor Swift and Karlie Kloss as the most fashionable friends of 2014!