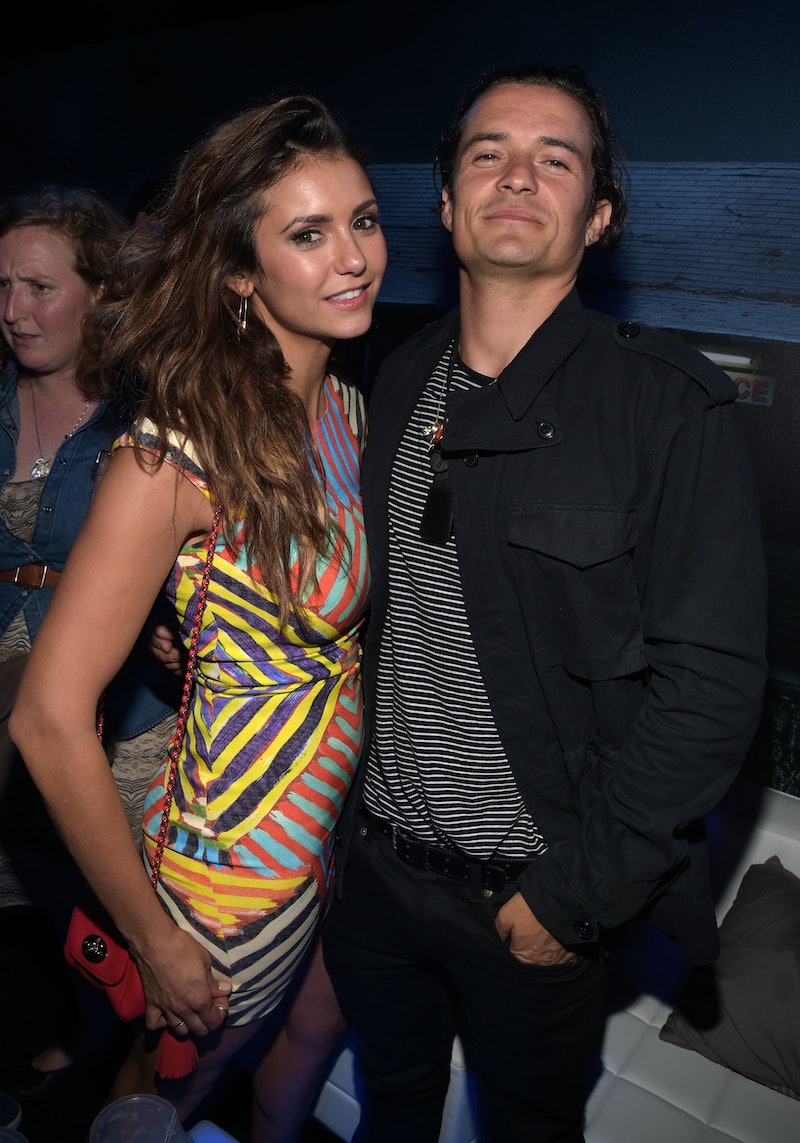 Figuring out which celebrity is dating which celebrity — and who is about to marry whom — is starting to require detective work on par with any Sherlock Holmes story. The rash of secret celebrity weddings that have sprung up in recent months, plus some couples like Zac Efron and Michelle Rodriguez seeming to spring fully formed out of nowhere, make it clear that when it comes to stars and their love lives then the best we can do is guess. In the case of Nina Dobrev and Orlando Bloom's maybe-romance, it's hard to tell whether their connection is a ridiculous rumor or not. After all, Dobrev and Bloom were rumored to be kissing at a Comic-Con party and, in general, friends don't make out with each other. However, Nina Dobrev denied any and all dating rumors in a pretty spectacular way on Sunday, so she and Bloom might not be a hot new item after all.

In a series of tweets, Dobrev put the rumor mill to rest on the subject of her love life and showed off her sense of humor as she did so. "Apparently I have SOOOO many boyfriends. Here's four more. I'm so busy. #tabloidsillyness," said Dobrev along with a link to a photograph of herself with her co-stars. She also added one more picture with the caption, "Oh wait, one more suitor! This guy."

Terrifying picture of a hairless cat aside, this is definitive proof that Dobrev and Bloom are not together. After all, he has become an Internet hero after Bloom tried to punch Justin Bieber in Ibiza; if Dobrev was dating Bloom then now would definitely be the time to declare that with pride, especially since even her own co-star Candice Accola was one of the many celebrities to congratulate Orlando Bloom on the fight that almost was.

According to an E! News source, Dobrev is too busy enjoying the single life and her five boyfriends to worry about things like getting a date or kissing Orlando Bloom at Comic-Con parties and there's nothing wrong with that. The gossip isn't going to stop flying, especially if Dobrev and Bloom are spotted anywhere near each other again, but Dobrev has said all she wanted to say and it was epic. Her five boyfriends are cuter than Orlando Bloom anyway.